MotoGP boss Carmelo Ezpeleta has indicated he is willing to enforce delaying races to Monday if necessary in future, in the wake of the cancellation of the British Grand Prix two weeks ago.

Delaying the doomed Silverstone race to Monday was one option that was discussed by Dorna, teams and the British GP venue itself, especially as it was a bank holiday in the UK.

But this avenue was ultimately rejected by the majority of teams, some of which were having to head straight to Aragon for private testing, although Ducati notably was in favour of a Monday race.

But Ezpeleta says in future instances where it is impossible to hold the race on Sunday, MotoGP will tell riders and organisers they must be prepared to race on Monday, or even Tuesday, instead.

"It’s a shame but it’s an experience we could and should learn from," Ezpeleta said in an interview with Spanish TV network Movistar. "We must think about what we can do so that it doesn’t happen again.

“It’s important that everybody knows that if the race can’t be held on the Sunday, we will race on Monday or Tuesday. We come here to race.

"[In the safety commission] I will let the riders know, that there will always be a safe race, always when possible, but safe, I don’t like to change the rules, and this wasn’t confirmed.

"From now on we will race on a Monday, if it’s possible to race on the Monday. I will tell them to be prepared to race the following day. We must also tell this to the organisers.” 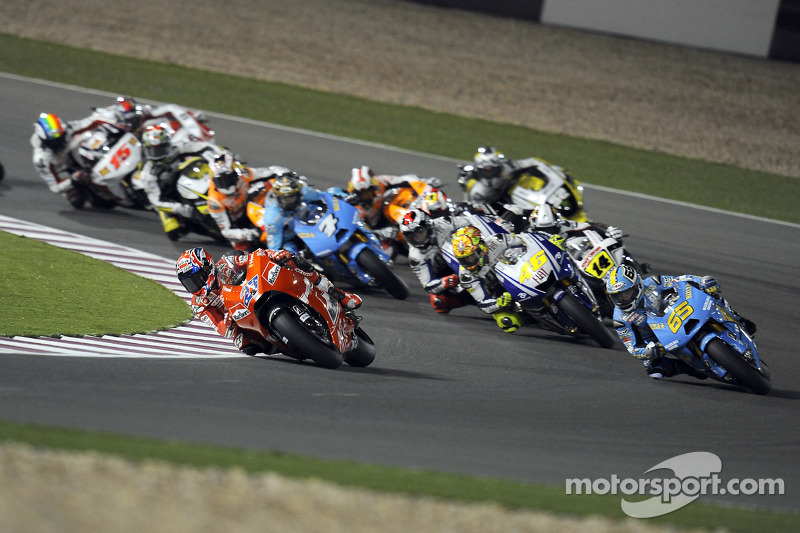 The 2009 Qatar GP (pictured above) was pushed back to Monday when it had to be called off due to rain, while this year's Silverstone race was the first MotoGP round called off due to poor weather entirely since the 1980 Austrian GP.

Pramac Ducati rider Jack Miller said he was surprised given the more complex logistics of the Qatar situation that the teams were not willing to pursue a similar path at Silverstone.

"The race of course is what we are all here for, and logistically, they changed schedule, flights for all the teams for a race in Qatar," commented the Australian.

"I believe that [decision] should have been put down to the riders. I believe we still should have gone ahead with the grand prix. We make a calendar for 19 races and we don't do them all."

What if MotoGP had a mid-season signing window?