Suzuki’s Alex Rins led Honda’s Marc Marquez in a frantic second practice ahead of the 2022 MotoGP Qatar Grand Prix as no KTM made it into the top 10.

The second 45-minute session of the Qatar weekend took place under more representative conditions for the race, as dusk had fallen and the floodlights came on.

With the temperatures also cooler, lap time improvements on the combined order were quick to come in as the opening moment ticked away in FP2.

Gresini’s Enea Bastianini guided his 2021 Ducati to the top of the order with a 1m54.782s, which was marginally quicker than Brad Binder’s best lap from FP1.

The Espargaro brothers then annexed the top of the order, Aleix on the Aprilia edging ahead of Honda’s Marquez with a 1m54.490s with just over 10 minutes of the session gone.

He improved to a 1m54.463s around 13 minutes later, before his brother Pol Espargaro on the sister factory team Honda found just over three tenths to go faster with a 1m54.155s.

This was bettered by Marc Marquez on with a 1m53.711s, before Alex Rins on the sister Suzuki shot to the top of the order with a 1m53.537s with around 10 minutes remaining. 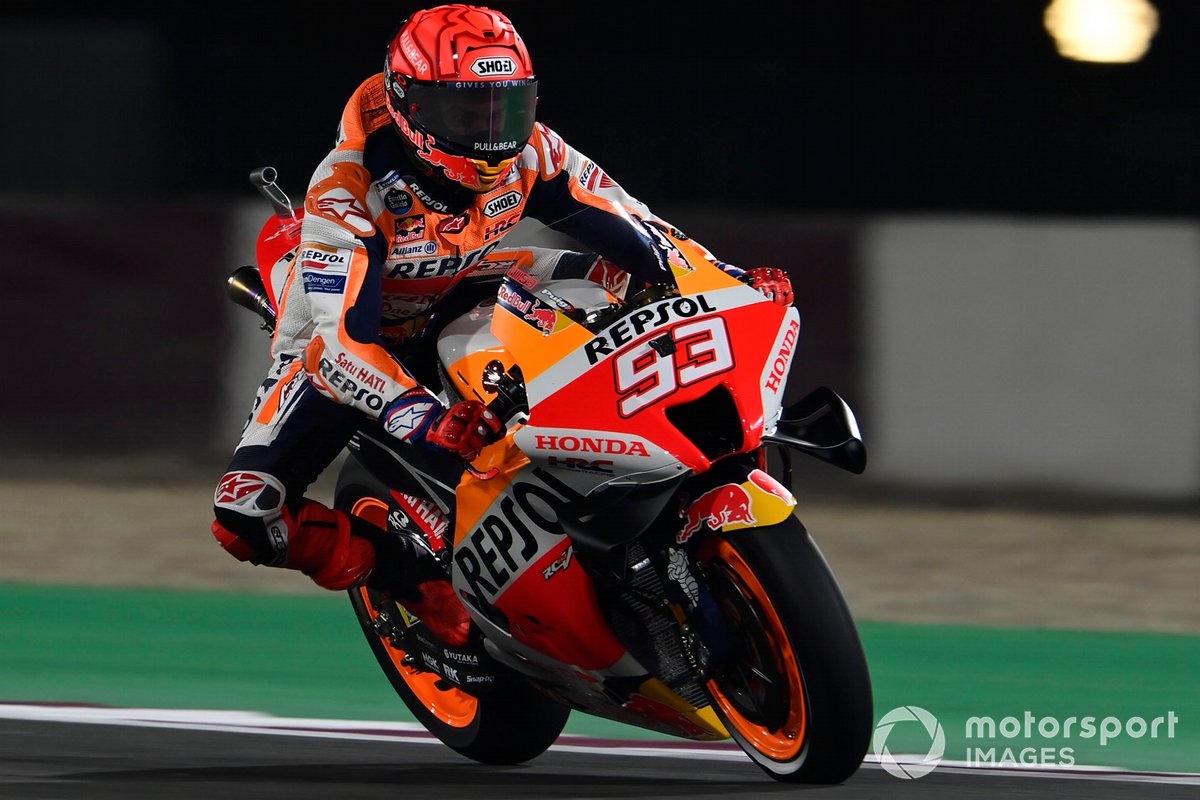 A fairly low-key session to that point left the likes of 2021 world champion Fabio Quartararo on the Yamaha in seventh, with factory Ducati rider Francesco Bagnaia coming up from 18th on the combined order to eighth on his GP22 hybrid fitted with an updated 2021 engine.

teammate Jack Miller was left fuming after he was blocked by Tech3 KTM rookie Remy Gardner into the final corner around 10 minutes from the end, with Race Direction placing that incident under investigation. However, no further action was taken.

With conditions in FP3 unlikely to allow for much in the way of combined order improvements, the closing stages of FP2 became a mini qualifying as the field made their bids for a direct place into Q2 on Saturday.

Mir completed the top three to end an incredibly positive evening for Suzuki, while Pramac’s Jorge Martin – who remains with the 2022 engine in his GP22 – was the leading Ducati rider in fourth ahead of top Yamaha man Franco Morbidelli. 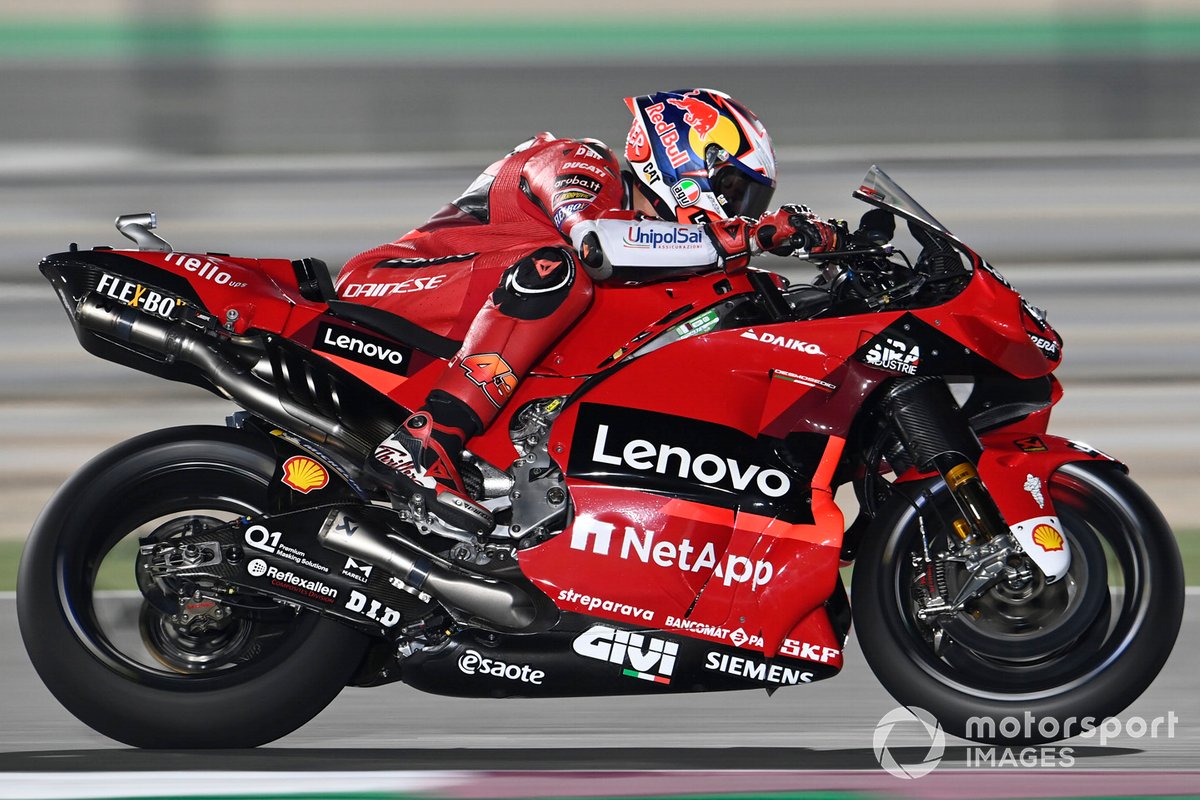 Miller leaped up to sixth ahead of Aprilia’s Aleix Espargaro, who was left frustrated at the end of the session when he got held up by teammate Maverick Vinales on his final lap.

World champion Quartararo was eighth and 0.474s off the pace, but crucially has a provisional place in Q2, while Honda’s Pol Espargaro and Bagnaia rounded out the top 10.

Bastianini was 0.042s outside of the top 10 in 11th ahead of LCR’s Takaaki Nakagami, who was second in FP1.

Miguel Oliveira ended up 13th and top KTM runner, as teammate and FP1 pacesetter Brad Binder was only 15th ahead of the sister LCR Honda of Alex Marquez who suffered two crashes.

Vinales was 17th at the chequered flag, while Tech3’s Raul Fernandez was top rookie runner in 19th.

VR46 Ducati rider Luca Marini was the only other crasher in FP2, Valentino Rossi’s brother coming off his GP22 at Turn 1 25 minutes into the session. He was 23rd as a result.