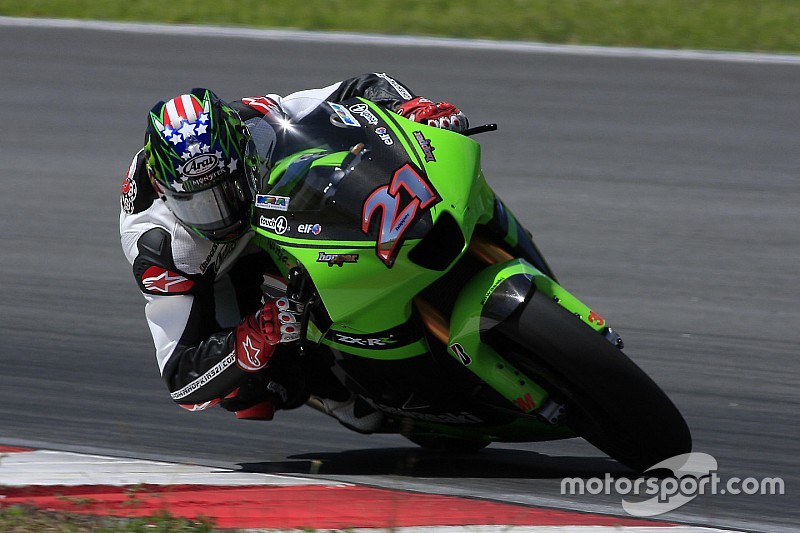 Kawasaki says it cannot picture itself returning to MotoGP any time soon, as the costs involved in forming a new factory team would be prohibitive.

The Japanese marque competed in the series full-time from 2003 to 2008 before pulling out in the wake of the financial crisis, running a single bike in 2009 under the 'Hayate Racing' banner for Marco Melandri prior to withdrawing completely.

Since then, Kawasaki's main focus has been the World Superbike championship, taking two of the last three riders' titles with current riders Tom Sykes (2013) and Jonathan Rea (2015).

Although Suzuki and Aprilia have both returned to the MotoGP fold this year, Kawasaki says it would not be able to commit enough resources to make a renewed works effort of its own competitive.

"In the end, you have to sell motorcycles, and other brands sell several million more than us. For them, MotoGP is an investment equivalent to one percent of their sales."

Yoda added that the restrictive nature of the current MotoGP technical regulations were also a major turn-off for Kawasaki.

"If we were to return, several things would have to change," he said. "At present, the rules are very restrictive. We could not compete with a production-derived motorcycle, for example.

"There are technological solutions that have been adopted by other manufacturers, such as seamless shift gearboxes, that we would never use on our road bikes. It's too expensive, it wouldn't be worth it.

"Of course, if Dorna should change its philosophy and make the rules genuinely open, allowing all manufacturers to experiment freely, maybe we could go back to MotoGP.

"But for now, we remain focussed on Superbikes."