Takaaki Nakagami says having an ‘animal’ mindset at the start of MotoGP’s Italian Grand Prix was key to being able to beat LCR Honda teammate Cal Crutchlow. 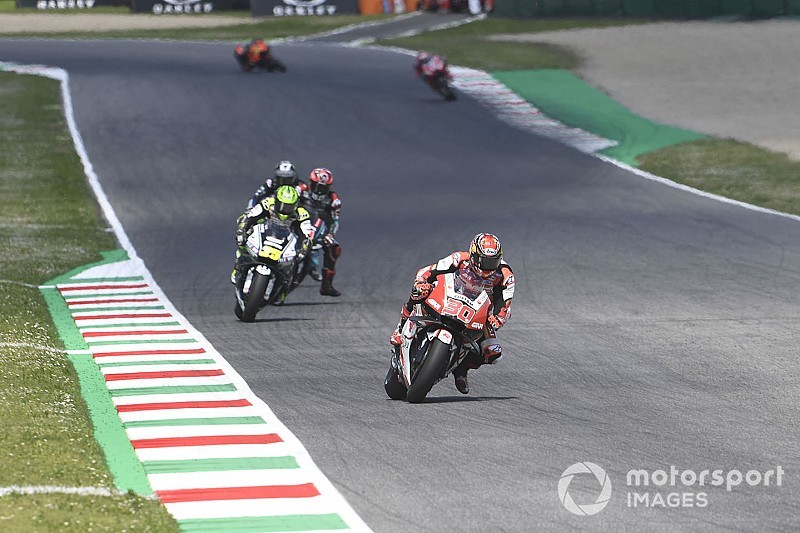 Japanese rider Nakagami secured the best finish of his premier-class career at Mugello in fifth place – best of the rest behind the quartet of riders who fought for victory.

He said managing to find a way not to drop positions at the start was integral to his result, and that passing Crutchlow, who slumped to eighth at the finish, was straightforward.

“Our weak point is [usually] the start, we always drop positions,” said Nakagami, who rides a year-old Honda compared to his teammate’s 2019-spec bike.

“This time, I had to improve that area. Luckily I was strong at the start, this is the key point.

He added: “Of course the main rival is always your teammate. [He has a] different bike, situation, but I’m always thinking to beat him.

“Last year it was almost impossible, but this year I have a good package, and I have good experience. I knew that in some races, it can happen [that I finish] in front of him.”

Asked how he was able to make a stronger start than usual, Nakagami replied: “The main thing is mentality – just to be like an animal, because everybody is really crazy.” 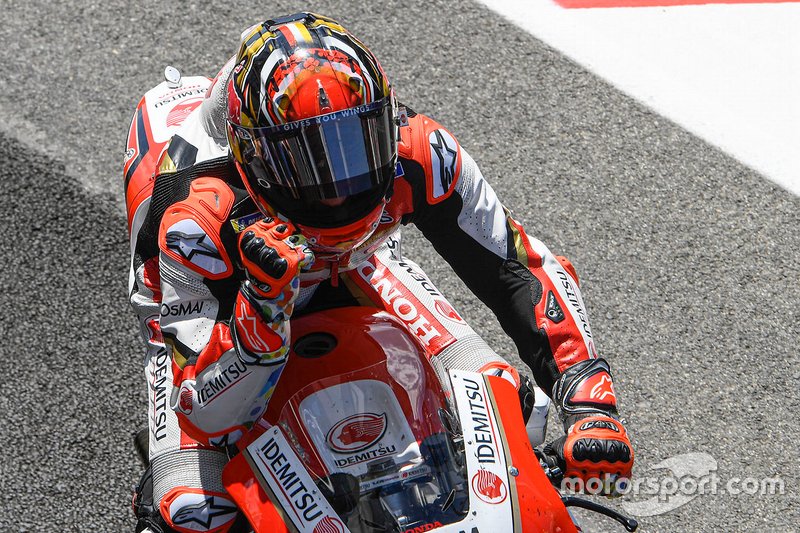 Crutchlow cited two reasons for his subdued Mugello performance: a lack of front-end feeling, an issue he had felt all weekend, and a problem with the rear tyre in the latter stages.

“I didn’t have a good feeling with the bike, I was unable to push the front,” lamented the British rider. “The [front tyre] pressure went really high when I was in the group, so I dropped back a little bit.

“After about 14 laps [of 23], I felt a massive drop on the rear tyre. I was unable to enter the corner, turn the bike.

“My biggest problem was the turning but the drop in the rear tyre was because quite a significant piece [of rubber] came out.”

Crutchlow also said that turning and quickfire direction changes are one area where the 2018-spec Honda has a clear advantage over the newer bike.

“It was apparent when Taka passed me; I could see it with my own eyes,” he said. “I know what I felt last year, and what I feel now.

“I couldn’t stay with Taka because of the rear tyre, but I also couldn’t turn the bike. We’re so slow to change direction because of my feeling with the bike.

“Physically it’s so demanding to ride, for some reason. We can’t change direction through the chicanes, and here it’s all chicanes.”

Asked by Motorsport.com if reverting to a 2018-spec bike was a possibility for him, Crutchlow said bluntly: “No, it’s not an option. 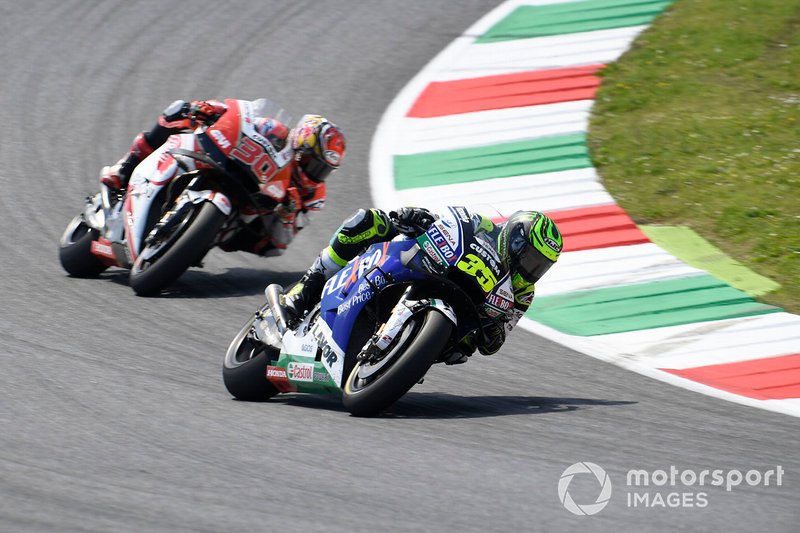 On whether his 2018 bike is stronger in corners than Crutchlow’s newer machine, Nakagami replied: “This I don’t know. I’ve never tested the 2019 bike.

“But we’re always comparing Marc [Marquez’s], Cal’s data [to mine], and my bike’s strongest point is corner to corner. I can carry the speed.

Miller: Suzuki cornering ability "scared the shit out of me"