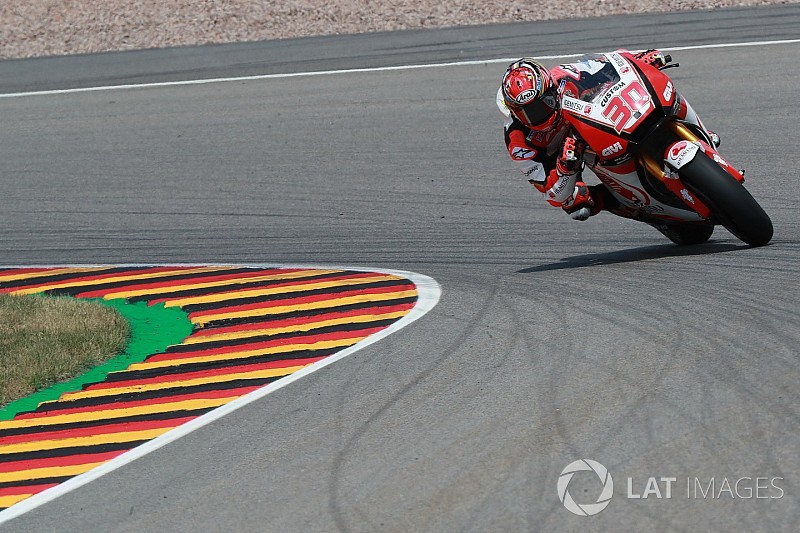 Honda MotoGP protege Takaaki Nakagami says he is "not happy enough" with the first half of his rookie premier-class campaign.

The LCR rider, who graduated from Moto2 this year, enjoyed a strong start to the season, scoring points in four consecutive races with a best finish of 12th at Jerez.

However, he was the innocent party in a clash with Dani Pedrosa at Mugello, and then collected Bradley Smith while crashing in Barcelona. That was followed by a lowly 19th place finish at Assen and another crash at the Sachsenring.

It means the Japanese rider ends the first half of the season third in the rookie of the year standings, 12 and 9 points respectively behind rivals Hafizh Syahrin and Franco Morbidelli.

"The performance, I am not happy enough, because the team [gives me a] good package and good support but especially the last two races were not so good for me," Nakagami told Motorsport.com.

"Some crashes and unfortunately in Mugello Dani hit me, [then] I crashed. But step by step we are coming.

"Still we are not happy enough, from here, trying to make a good step forward and let's see how it goes."

However, his teammate Cal Crutchlow feels Nakagami has performed admirably.

"I think he's done well," Crutchlow said when asked about Nakagami's efforts by Motorsport.com. "He's not made too many mistakes, he’s finished most of the races.

"You have to look at a lot of the guys who come across on the Honda in their rookie year, he’s handed [Tom] Luthi his arse. I think he is doing a good job."

Nakagami impressed in the third sector of the Sachsenring, as he was among the quickest riders in the series of fast left-handers.

Crutchlow reckons Nakagami having good corner speed is a legacy of coming from Moto2, but he also feels the Japanese rider was motivated to take advantage of the injured Morbidelli withdrawing from the weekend.

"He saw an opportunity to take points in the rookies championship, to show Honda that he is going good, which he is, he always has done," said the Brit. "I honestly believe that's one of the reasons.

"He is a rocket in the third and fourth sectors, he is first in the third sector and second in the fast corners. But that's what you get coming from Moto2, the corner speed."