Last month Motorsport.com revealed that 2013 Moto2 champion Espargaro would be leaving KTM at the end of the year to join Marc Marquez at the factory Honda team, after a deal was agreed but not signed.

This bombshell came in the wake of Motorsport.com confirming that KTM Moto2 frontrunner Jorge Martin is set to sign a deal with Ducati to join Pramac next year.

With more major signings for 2021 already completed, KTM is facing a shortage of candidates for the soon-to-be-vacant RC16.

Pedrosa, who retired from racing at the end of 2018 before joining KTM as test rider, has been an integral part to the development of the current bike and is a name which has cropped up since the Espargaro news.

However, speaking to Germany’s Speedweek, Leitner ruled this out, admitting that KTM is looking for “active riders”.

“We are looking at the scenarios which we can play,” Leitner said. “We are currently having conversations with some riders.”

When asked if Pedrosa was under consideration, he responded: “You have to ask Dani: he is retired, we have to accept that. That is why we are looking for active riders.”

Andrea Dovizioso had been linked with a KTM switch already during the current ‘silly season’, but – despite talks having stalled over money – the three-time MotoGP championship runner-up is set to remain with Ducati next year.

His current teammate Danilo Petrucci confirmed recently that he would be leaving Ducati at the end of this year, and expressed interest in both Aprilia and KTM.

Though Aprilia is standing by Andrea Iannone as he appeals to have his 18-month doping ban overturned, it is thought Petrucci is edging closer to joining Aleix Espargaro on the RS-GP in 2021.

As far as top-level talent, only three-time MotoGP race winner Cal Crutchlow remains as an outside option, as Alex Marquez looks likely to be moved to LCR with full HRC support next year.

Commenting on Espargaro’s looming exit, Leitner said: “We must recognise that we have done a very good job in the last three years, because our bike is not only more competitive now, but our project has made Pol grow as a rider.

“We have to accept that we are now in a situation where the Honda factory team wants to take Pol.

“I would certainly prefer it to be different, but it is what it is. For Pol, Honda is a great new opportunity.” 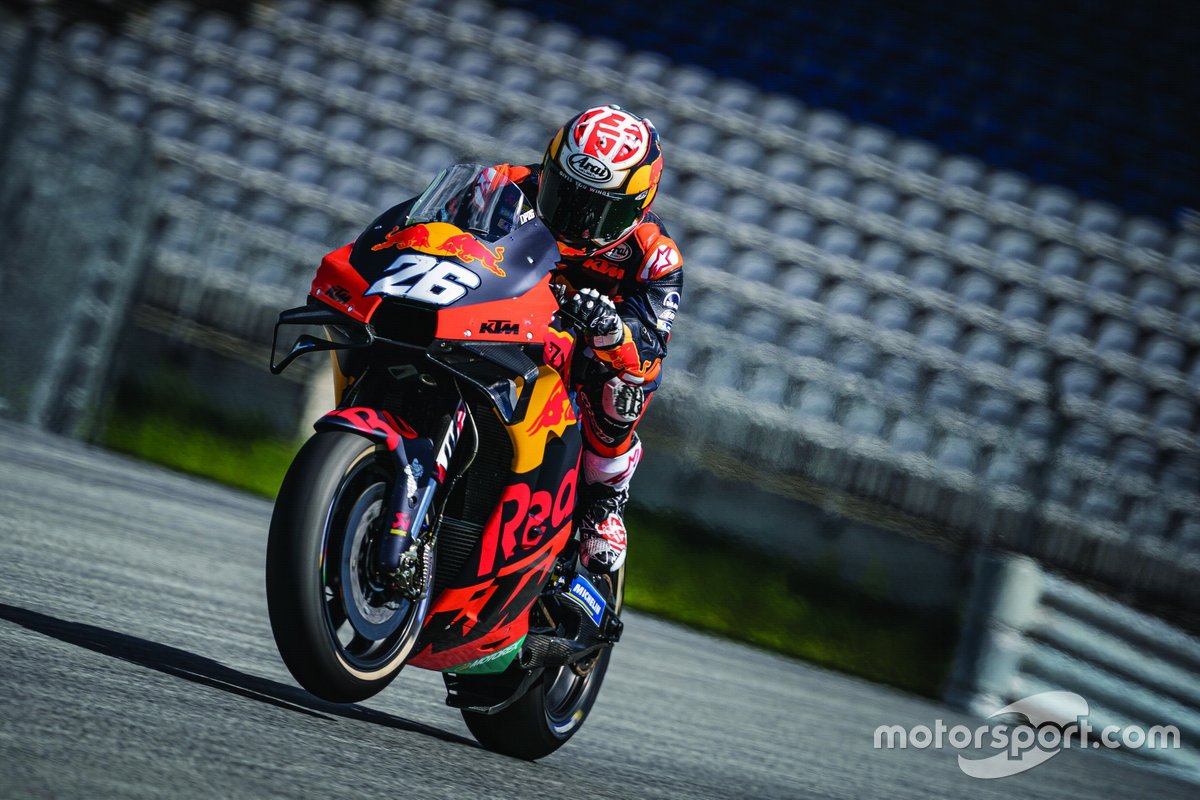 Quartararo: Yamaha “playing too far from the rules” against MotoGP rivals

Bagnaia "lucky" to be back in MotoGP title hunt

Quartararo: Yamaha “playing too far from the rules” against MotoGP rivals

Fabio Quartararo believes the way Yamaha is operating relative to its MotoGP rivals in 2022 is “too far away from the rules” and sees parallels with Honda’s situation.

Bagnaia "lucky" to be back in MotoGP title hunt

Ducati's Francesco Bagnaia admits his recent back-to-back victories that have catapulted him back into MotoGP title contention were "lucky" because of problems for his main rivals.

Marc Marquez says he will return to riding a MotoGP bike following his fourth major arm operation when he is “70, 80%” fit as “you can’t wait to be 100%.”

Joan Mir is “really close” to a 2023 MotoGP deal with Honda, but “doesn’t want to destroy” the team balance by bringing loads of ex-Suzuki crew with him.