Dani Pedrosa says he would now consider a return to MotoGP as a wildcard entrant, should KTM require him to test the RC16 in race conditions.

Pedrosa stepped down from full-time competition at the end of the 2018 season after a 13-year stint with the Repsol Honda team in the premier class, which included 31 race wins and a trio of second-place finishes in the championship.

Since then he has moved to a test role with KTM, and has played an integral role in the development of the 2020 version of the Austrian manufacturer’s MotoGP bike.

However, unlike some other riders working in the same capacity, Pedrosa has repeatedly dismissed any talks of a wildcard outing, and even refused to make a return after Johann Zarco’s shock decision to end his KTM tenure after one season which led to the Frenchman being ousted from his seat with six races left in the season.

But, speaking during the coronavirus-induced MotoGP season hiatus, Pedrosa said he has now opened the door for a race appearance on a third factory-run RC16, while stressing that chances of such a scenario remain low.

“At the moment it has not crossed my mind,” Pedrosa told streaming platform DAZN. “The bike needs working on, we are testing individual parts and in the race it is not yet time.

"Unless you are using a bike for the following year that benefits from testing in a scenario that you can only have in a race, then yes."

Jorge Lorenzo, who also bowed out of MotoGP after a long and successful career last year, was due to make a wildcard entry at the Catalan Grand Prix in June as part of his new test role with Yamaha, before that plan was scuppered because of the pandemic.

This has opened up the possibility of Lorenzo and Pedrosa making their wildcard entries at the same event, eight years after battling for the 2012 riders’ title.

"I don't know what his motives are, whether it's to try things out or it's a personal matter of wanting to run a race, or both,” Pedrosa said of Lorenzo's wildcard appearance.

“But it is clear that it is different to go out with a motorcycle where everything is already going and you just have to learn the circuit. However, for the championship and the fans it is good to see Jorge running again.

“That [our wildcard outings will] coincide will be more difficult. In principle I will not go back, it is not what goes with the KTM project, but if it is believed at a given moment that it is beneficial for the development [of the bike], it will be talked about.” 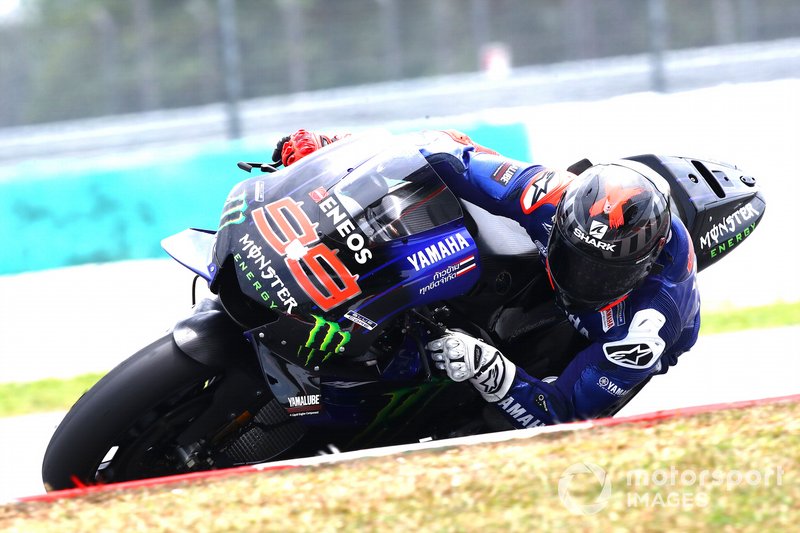