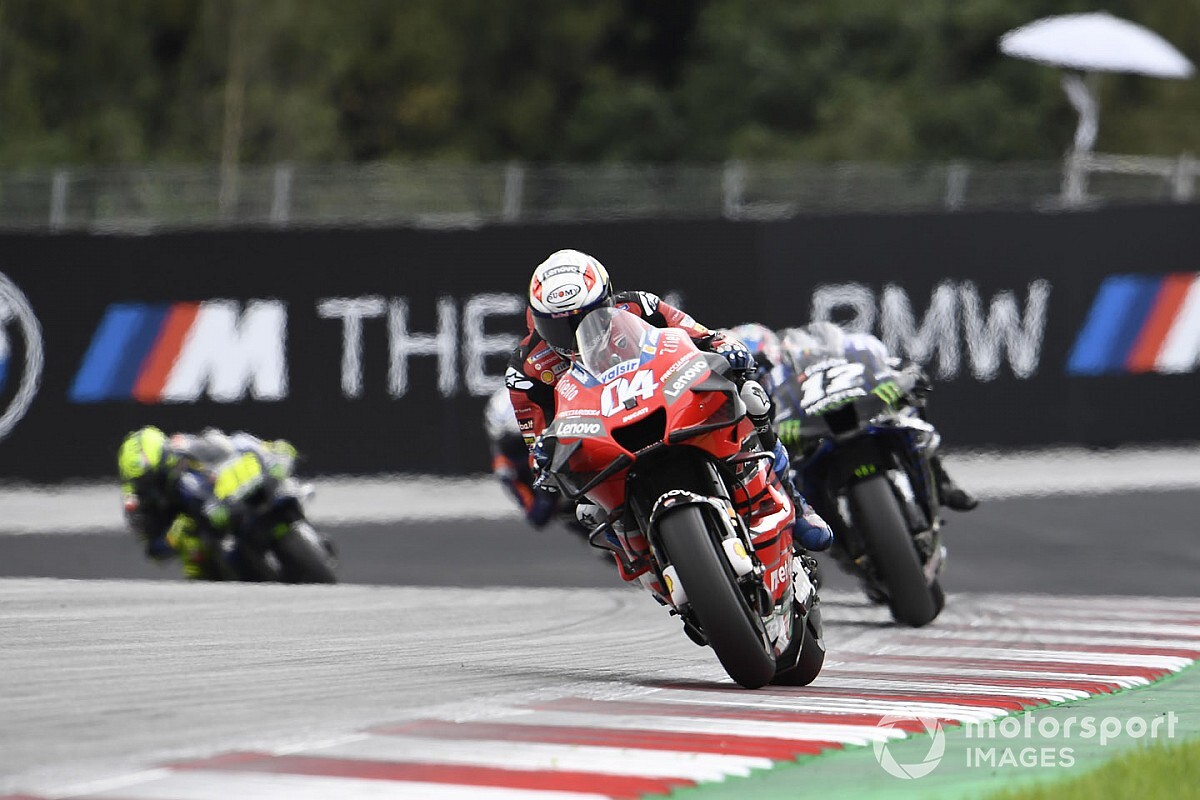 The Petronas Yamaha MotoGP team has quashed speculation that it is speaking to outgoing Ducati rider Andrea Dovizioso to join the squad in 2021.

The Malaysian outfit has secured the services of Franco Morbidelli for two more years and is set to welcome nine-times grand prix world champion Valentino Rossi next season.

Though Rossi has said he is “99 percent” certain to stay in MotoGP and join Petronas, no deal has formally been announced as negotiations over the make-up of Rossi’s crew continue to grind on.

As a result, rumours in certain elements of the European press began to report that Rossi was now set to retire and Dovizioso was edging towards a deal to join SRT.

However, Petronas Yamaha boss and former Sepang Circuit CEO Razlan Razali has taken to social media to quash this.

In a brief post on Facebook, Razali said: “Setting the record straight, we are not considering Dovi at all for 2021.”

Dovizioso announced during the Austrian Grand Prix weekend that he would be quitting Ducati at the end of the current campaign, bringing an eight-year partnership which has yielded 14 wins and three championship runner-up spots to an end.

Neither Dovizioso or Ducati have divulged details on what led to the split, just that a deal was never tabled by the Italian marque.

Dovizioso admitted after the announcement that he had no “plan B” for 2021, but felt the decision to quit Ducati now was necessary to allow him to focus fully on the 2020 world championship battle.

The Italian has been linked to a move to KTM – having already been rumoured to join the factory squad earlier this year – despite it having firmed up its works team and works-supported Tech 3 line-ups.

This leaves his only realistic option as Aprilia, though CEO Massimo Rivola recently admitted he doubts it could afford Dovizioso.

Outgoing LCR rider Cal Crutchlow has also been linked to the seat alongside Aleix Espargaro, while Aprilia is continuing to publicly stick by Andrea Iannone while he awaits to see if his 18-month doping ban will be overturned in a hearing in October.