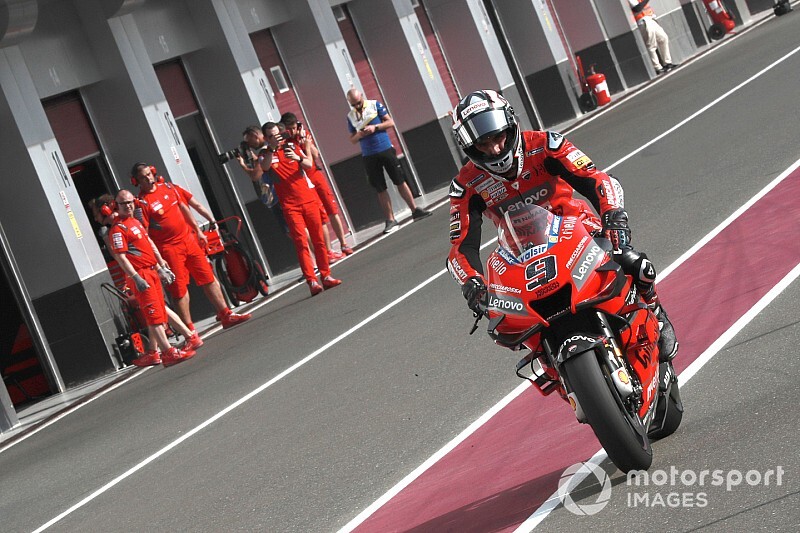 Danilo Petrucci admits that negotiations regarding a contract renewal with Ducati would have been underway by now had the start of the MotoGP season not been delayed by the coronavirus pandemic.

After being awarded a one-year extension to his works deal with the Borgo Panigale marque off the back of his Mugello victory last year, Petrucci had been preparing to face another crucial season for his future within the Ducati fold.

However, the worsening COVID-19 situation across the world has put the start of premier class action on hold until at least May's Spanish Grand Prix at Jerez, although Ducati sporting director Paolo Ciabatti expects the delay to be even longer.

Petrucci's chances of hanging on to the seat alongside Andrea Dovizioso improved when Yamaha re-signed Ducati targets Maverick Vinales and Fabio Quartararo for 2020, but the Italian still faces competition from the likes of former Pramac teammate Jack Miller and new Avintia signing Johann Zarco to keep his ride into 2021.

"We haven't started contract talks with Ducati, but surely we would have done it if the championship had started," Petrucci told Sky Italia.

"Everything will be postponed until July and August, in the middle part of the championship to see better what the facts are on the ground.

"It's clear that I'd like to continue racing with Ducati, I've been with them since 2015 and I've always wanted to be in the position I'm in now.

"I know there are a lot of strong riders who want my bike, but the goal is to stay here for many years. The renewal is in my hands, it all depends on my results, but if I don't do well enough I'll have to look around."

Petrucci's position could be further undermined by the fact that several races in which he has performed well in recent years could be postponed by the pandemic.

"I don't know on a physical level what it will be like to have so many races at the end of the championship, this is new for everyone," he said.

"Starting with Jerez, I like the tracks that follow; I have always done well at Le Mans and Mugello, Barcelona, Assen.

"It's clear that we won't have a summer break, we will see climates we have never seen before in Argentina, USA and Valencia, but nobody knows how we will react."