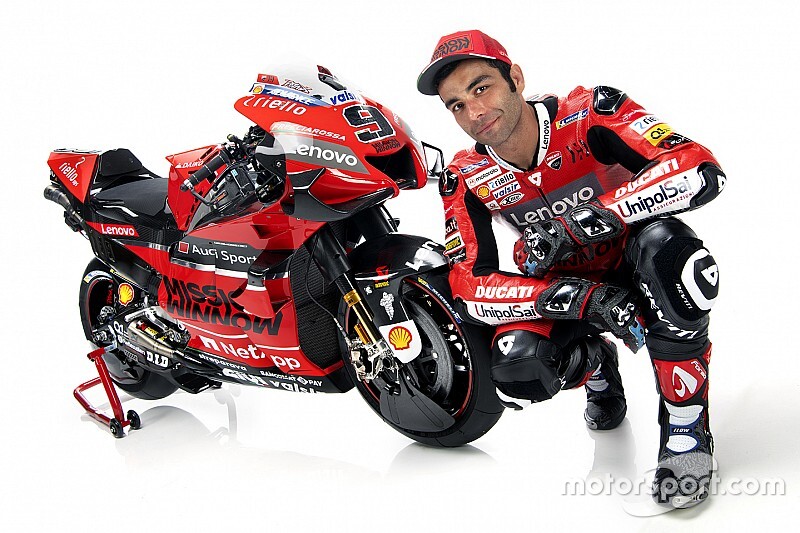 Ducati MotoGP rider Danilo Petrucci admits that a crisis of confidence stemming from an ambition of finishing second in the 2019 standings was partly to blame for his dramatic slump in form late last year.

Petrucci earned a place at the works Ducati squad alongside Andrea Dovizioso for 2019, and secured a contract renewal early on after a run of three podiums – including a maiden victory at Mugello – between the French and Catalan Grands Prix.

However, his form dramatically tailed off in the second half of the year, and he didn’t score another top-five finish following a fourth at the Sachensring prior to the summer break.

All of this meant he went from fighting teammate Dovizioso for second in the standings to only just holding onto sixth place come the end of the season.

Speaking at the launch of Ducati’s 2020 season last week in Bologna, Petrucci admits his determination to finish runner-up behind eventual champion Marc Marquez was a “blunder” and this ultimately led to his crisis in confidence.

He also thinks he “squeezed myself to the maximum” in the early part of the year, and this perhaps meant he got “tired too soon”.

“Last August I made up my mind to finish second in the world championship,” he said. “That was a mistake, because during the summer break I looked at the championship standings.

"I thought I was not doing well or enough without analysing the errors instead. I questioned myself without thinking about my riding; [I thought] only to go fast and that’s it.

“This I carried until the end of the year. It is here that I know where to improve, that I have the strength to solve the problems, to not do as I did in 2019.”

He added: "It's always hard to react well when you are in trouble. As long as things were going well, I was in a position to rival Marquez, but things changed from the Sachsenring onwards.

"I lost patience too often. An unforgivable mistake, for example, was qualifying in Austria, where I went on track with the intention of showing everyone my potential. Instead, I ended up laying in the gravel at Turn 3.

"The world collapsed on me; I brought the crisis entirely on myself. I was fast and I could have been on the front row, but at Brno it went badly and I wanted to get back on the podium.

"Nobody imposed anything on me, it was all my own fault."

All factory contracts on the MotoGP grid – including Petrucci’s – expire at the end of the coming season, teeing up a frenetic rider market in the early stages of the year.

But Petrucci says there is “more serenity” surrounding his situation in comparison to 2019, as he has spent the last two years fighting for his place on the grid.

“From this point of view it is nothing new for me; I have been fighting for two years to earn my renewal,” he said. “So I have more serenity and confidence, since I also know how to work in an factory team.

“I am ready to start again. I have rested a lot and trained with more method; I have another great opportunity. There is no one season more important than another, but surely I will always give my best as I have always done.”