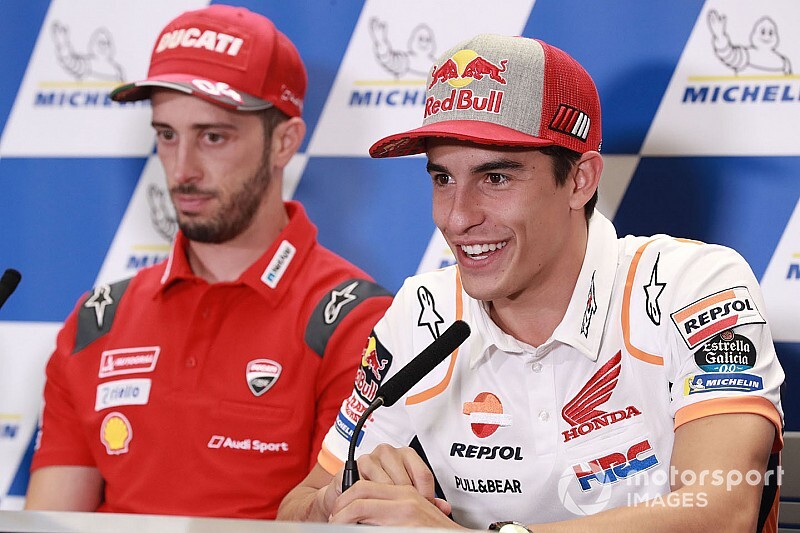 Danilo Petrucci says Ducati's task to win the MotoGP title is not being made any easier by the Italian marque having to fight the "strongest rider in history", Marc Marquez.

Ducati heads into the final five races of the 2019 campaign facing another defeat at the hands of Honda and Marquez, who has his first chance to wrap up a sixth MotoGP title in this weekend's Thailand Grand Prix.

Marquez only needs to outscore Andrea Dovizioso by just two points at Buriram to put the championship out of reach of the Italian, following a dominant eighth victory of the year for the Spaniard last time out at Aragon.

In the wake of a poor showing at Misano, Dovizioso emphasised the need to be patient for Ducati to address its weaknesses and not get "pissed off" about the situation.

Asked at Aragon if Ducati should consider a more radical step for 2020 to take the fight to Honda and Marquez, Petrucci replied: "It's not for me to say whether we need an evolution of the Desmosedici or a revolution.

"We always need to improve, but beating Marc is getting harder and harder. Andrea is a very strong rider, he deserves to win the world championship for everything he does.

"Ducati is doing its best. There are ideas for improving the bike, but making them, testing them and seeing if they work takes time.

"We need to improve in all areas and work harder because we are fighting against the strongest rider in history."

Petrucci himself has endured a miserable run of results since MotoGP's summer break, with his run to 12th place in Aragon marking his worst finish of the year yet.

The Italian has slipped to fourth in the standings, a point behind Suzuki's Alex Rins, and is now less than 10 points clear of Yamaha's top representative Maverick Vinales.

"With the exception of Silverstone, which was not a positive race but I at least recovered many positions [he finished seventh from 11th on the grid], in races where we all went slower I was not able to ride and brake as I wanted," Petrucci said of his recent slump.

"In the last two races I have complained a lot about not making any improvements with a new tyre. Misano and Aragon were terrible.

"The gap to the leaders has grown, but I have realised that I can't ride as I want to. I am the first one to be unhappy.

"Technically, I can't do those manoeuvres that were good for me when I was doing well. The only thing we can do is go back to the factory, analyse what is happening and understand why I can't be fast." 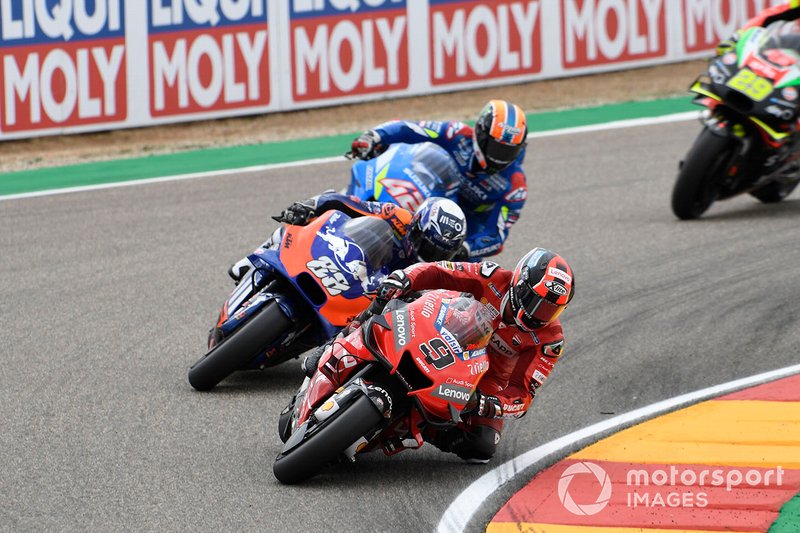 KTM "unlucky" to sign Zarco "in the wrong moment"