Ducati rider Danilo Petrucci says he was angered by MotoGP rival Joan Mir's “strange” behaviour in qualifying for the German Grand Prix at the Sachsenring. 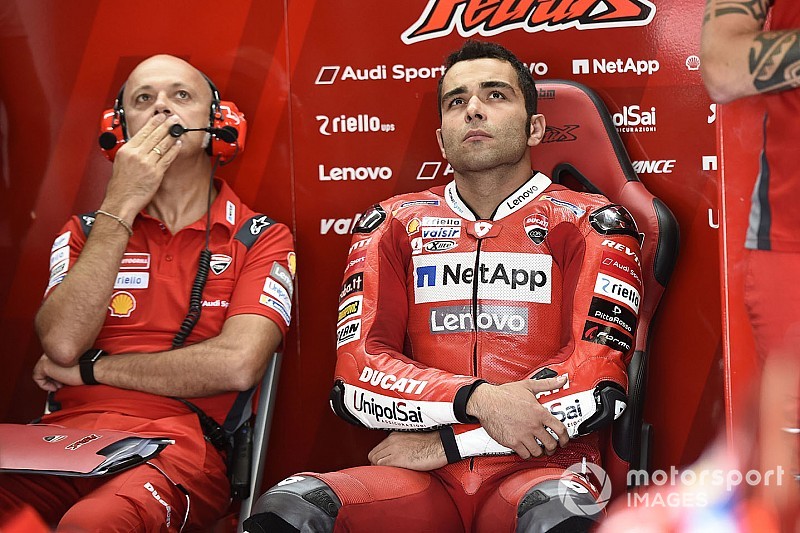 Petrucci was first of the two to head out on track in the Q2 session, but had a slow out-lap, looking over his shoulder several times and allowing the Suzuki of Mir through right before the start of the flying lap.

He followed Mir on what would end up his fastest lap, and was still in Mir's wake when the Spaniard slowed at Turn 9 next time around, which left Petrucci incensed as he was likewise forced to release the throttle.

The very same situation was repeated a lap later, with Petrucci shaking his fist towards Mir as he overtook the Suzuki rider and both peeled into the pitlane.

“I was just far [behind him], one second and a half on the first attempt, but then he slowed down, he turned the head and he saw me but he remained in the middle of the track at turn 11 - so I give him space again and I push for the second attempt of the first rear tyre, the new rear tyre.

“I was again at one second and a half distance, I for sure don't want to lose a lot of time, to not cool down the tyre, but then again he slowed down, he turned the head and he saw me and he remained in the middle of the track.

“I don't know why. I haven't had any chance to do a good lap. For sure maybe I have to leave him more space, but I thought one second and a half was enough.

Mir, for his part, described the situation as “something strange” and said Petrucci wouldn't have had his laps ruined if he didn't wait to follow the Suzuki on the out-lap.

“I was waiting in the pitlane, to not disturb everyone and be completely alone during my two laps, and Petrucci start in front, probably seven-eight seconds in front of me, then he was waiting all the track to take my [rear] wheel.

“I make my two laps, I helped him probably, and then when I finish the two laps I went into the pitlane, I was completely into the kerb, looking behind to not disturb anybody going into the pits. 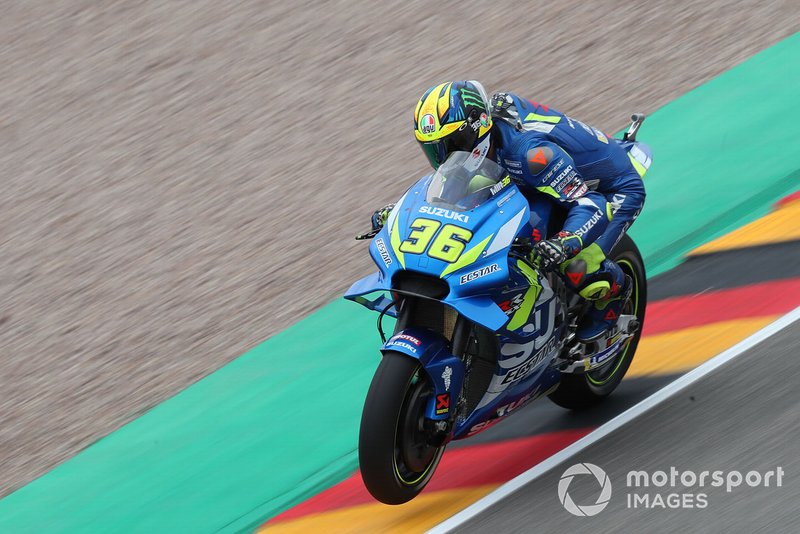 “The thing is, if Petrucci was pushing from the beginning and not waiting for my wheel, for sure I wouldn't disturb him in this case.

“I think it's unfair if I'm penalised for this action, because I didn't do anything wrong.”

Mir ended qualifying in ninth place, while Petrucci wound up 12th after a fast crash at Turn 9 on his second run.

“For sure I was quite scared in the first moment because I felt a lot of pain on the right hand and left wrist, and both of them I already injured [years before].

“I thought [something] was broken because immediately the hand was really black, but then [the doctors] say nothing broken but maybe the ligament of the thumb [is damaged], and I have a lot of pain there.

“And then on the left wrist I have pain inside and I think I have to do a scan because when I push on the hand I feel a lot of pain.

“I was doing a good lap, unfortunately was maybe the nasty point to crash because I crash at 200 [km/h] again, but this time I was the gravel. But anyway, could be worse, was a good lap.”

Nakagami felt like his bone was "breaking in every corner"