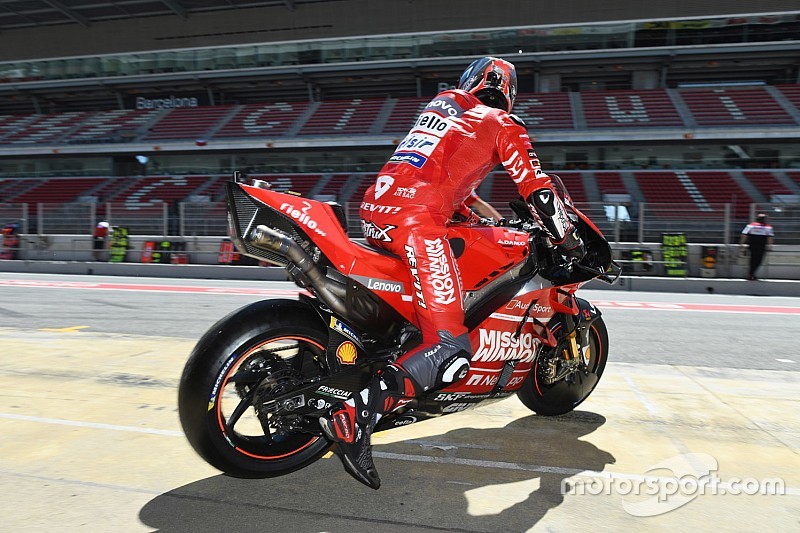 Ducati MotoGP factory rider Danilo Petrucci has confirmed that he escaped his "very heavy" crash, which happened at 220km/h, in first practice at Assen uninjured.

Petrucci fell at the Turn 14 right-hander, one of the fastest corners of the track, with his bike going slightly airborne through the gravel.

But the Italian walked away from the incident unhurt and was able to carry on - and he rebounded to finish both Friday practices third-fastest.

"Very heavy [crash]. We had a problem, two or three laps before with some parts of the bike so I go into the pits.

"I come back, maybe I was a little bit too fast in that part. The left side of the tyre was maybe not so ready and with a bit aggressive set-up of the engine brake, everything together.

"Was really strange because I already took off the gear, in fourth gear, I crashed at 220[km/h] and was one of the crashes that you have the time to say 'okay, this is gonna hurt', because I was landing on the ground.

"Then, fortunately everything [okay], just some bruises on the body but could be worse for sure."

Petrucci tested a new chassis in Barcelona, which he said had improved Ducati's cornering.

While he isn't running it at Assen, Petrucci still made use of the set-up gains from the test, which compromised Ducati's stability in order to get better at turning.

"I am happy because I was able to rejoin the track and go fast immediately. I have a very good feeling with the bike.

"We found something for the bike in Barcelona test and we are using it here, regarding set-up. I am happy about today.

"Not a big stuff, ergonomy of the bike and bike balance and I am trying to use a bike that permit me to turn the bike better. We lose something on braking and stability of the bike but the balance is better with this.

"For sure is still only day one but we are there and we want to fight for the podium."

Honda: Lorenzo to skip Sachsenring MotoGP round as well

Marquez: Lorenzo crashes show how difficult the Honda is 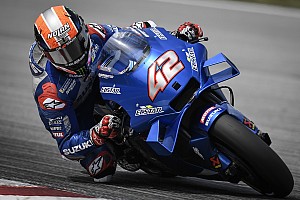