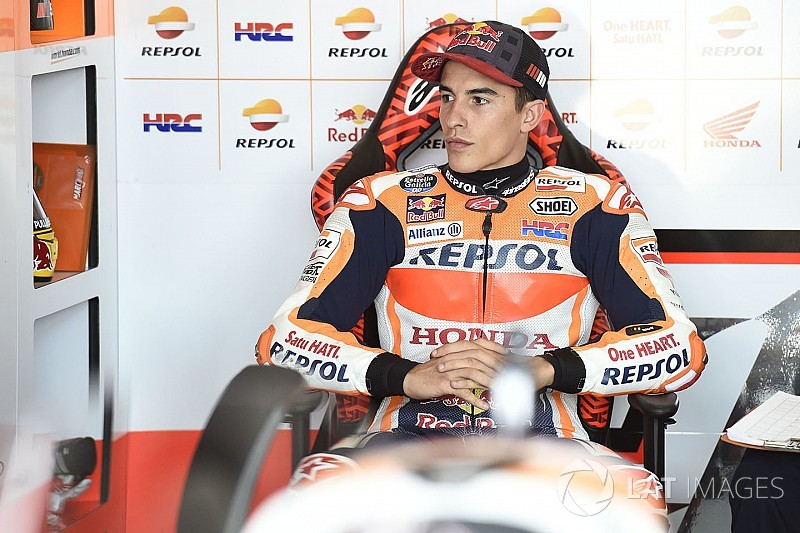 An early Marc Marquez lap was good enough to top the opening 45-minute practice session for the Australian Grand Prix at Phillip Island.

Marquez wasted little time getting down to business when the session kicked off, the MotoGP points leader consistently the first to dip into the 1m31s, the 1m30s, and then the 1m29s bracket.

Right before the 20-minute mark he lowered the benchmark to 1m29.602s on mediums front and rear, that time good enough to hold off a number of soft-tyre runs at the end of the session and leave Marquez on top.

Tech 3 Yamaha rider Johann Zarco wound up best of those to have tried out the soft tyres in the closing stages of the 45-minute session, jumping into second right on the flag with a 1m29.695s.

That knocked hometown hero Jack Miller, who had gone second quickest moments before with a 1m29.724s, down to third on the Marc VDS Honda.

Andrea Dovizioso was just fourth quickest, after making a mistake on what looked to be a session-topping soft tyre run right at the end of the session.

The Ducati title contender was quickest through the first sector on his second last lap, only to run wide at Turn 4 and ruin any chance of knocking Marquez off top spot.

He finished up with a best time of 1m29.753s, set right at the flag, ahead of Maverick Yinales on the best of the factory Yamahas.

Andrea Iannone was sixth quickest on the Suzuki, one spot clear of Pol Espargaro on the KTM.

Valentino Rossi languished outside the top 10 all session and managed just 13th, the best part of a second off the pace on the second works Yamaha.

Folger not expected to return to Tech 3 in 2017