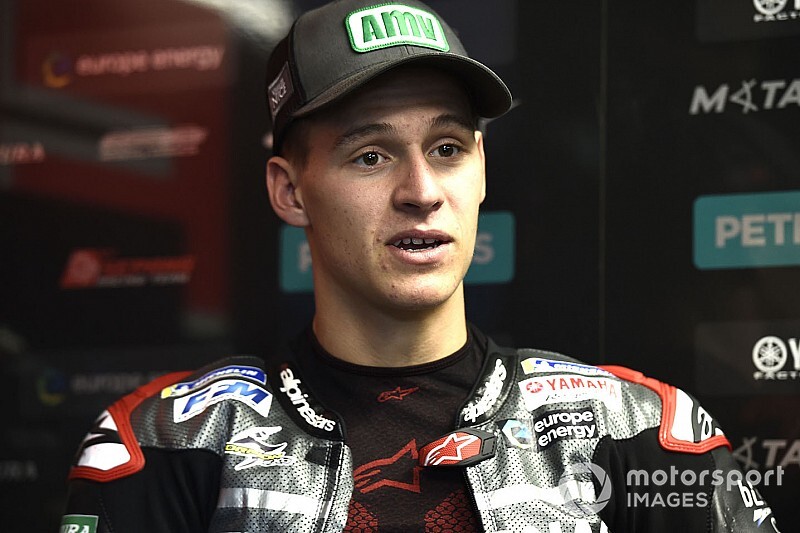 Fabio Quartararo believes he and his Petronas SRT MotoGP team “deserve” the factory-spec Yamaha he will ride in the 2020 season.

On Friday, it was confirmed that Quartararo would join teammate Franco Morbidelli in having machine parity with works Yamaha riders Valentino Rossi and Maverick Vinales next season.

In recent month SRT title sponsor Petronas has made no secret that it had set aside the necessary funds to lease a works bike for impressive rookie Quartararo, with Yamaha having already upgraded him to current-spec engines in the winter from the ’18 ones he was meant to race.

Commenting on the “amazing news”, Quartararo believes his four pole positions and six podiums this year meant he was deserving of works machinery for next season.

"Yes, really pleased," Quartararo enthused. "I think we deserve it. We made quite a lot of good results, but of course I want to thank Yamaha, Petronas and the team.”

His 1m58.576s in the afternoon session was the first official sub-1m59s MotoGP lap at Sepang and put him six tenths clear of the field.

However, after a bruising weekend at Phillip Island, in which he suffered two heavy crashes, Quartararo admits he began the day with “not a lot of confidence”.

“Phillip Island was really tough,” he added. “Honestly, the weekend didn’t go like we expected. Two crashes, one on Friday, one at the beginning of the race.

"So, of course, we arrived here with not a lot of confidence from the race before. But in the morning, we already went first [fastest], this afternoon we went fastest. So, the confidence came back.”

Though pleased with his lap records, Quartararo thinks he will need to “beat it again” if he is to be on the front row in qualifying.

“It’s only Friday, so for sure in the qualifying if it’s good weather we will need to beat it again to make the front row," he said. “First of all, I’m really happy to do it, but the most important thing will be to do it in qualifying and fight in the race.”

Ducati’s Danilo Petrucci posted a 1m58.239s in February’s winter test, which remains the outright fastest MotoGP lap at Sepang – though only unofficially.

However, despite track condition being worse than they were at the test, he believes Quartararo will likely better this benchmark on Saturday.

“During the test, maybe there wasn’t any rain [before running], and especially there was just Michelin [rubber] on the ground, and this for sure is really better.

“But looking at Quartararo’s laptimes, I think he will beat my laptime tomorrow morning. For sure, with cooler temperatures the track will be better.” 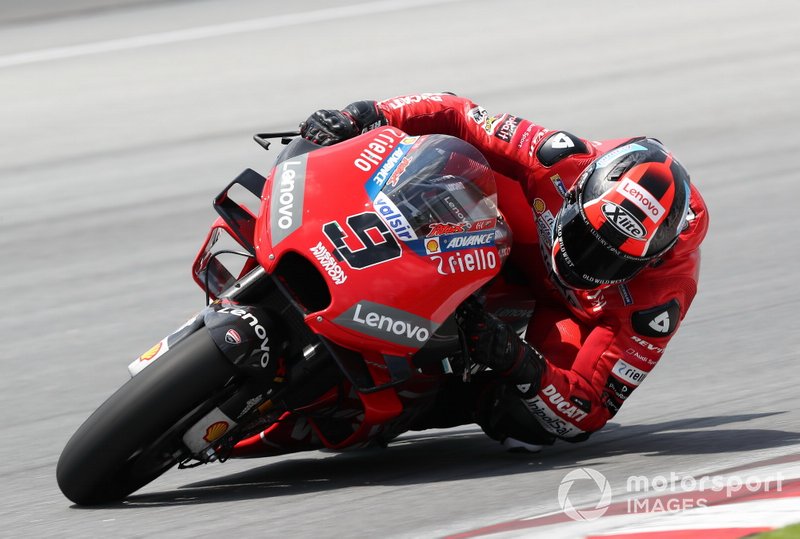 Oliveira faces surgery dilemma after pulling out of Sepang

NASCAR Mailbag: Where does Toyota's edge come from?