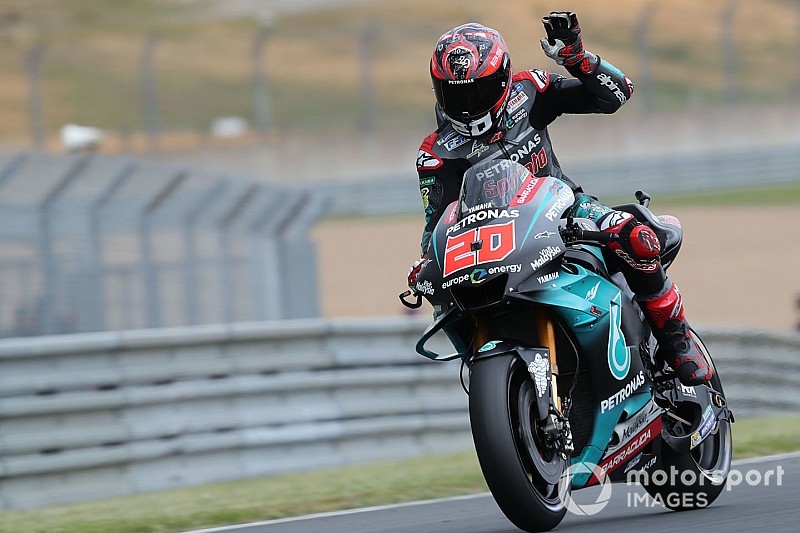 Quartararo and teammate Franco Morbidelli led for nearly the entire session, with the duo taking turns in first place in the opening half.

KTM's Pol Espargaro took a shock lead with seven minutes to go, but Quartararo reclaimed the lead soon afterwards, and improved two more times before the session came to an end.

He eventually ended up with a 1m32.483s, leading Marquez by 0.142s, both riders setting their best times after the chequered flag fell.

Espargaro took an impressive third for KTM, followed by LCR Honda's Cal Crutchlow and Maverick Vinales, whose session ended early with a fast crash at Turn 3.

Andrea Dovizioso was the top Ducati in sixth, more than half a second off the pace, with Morbidelli ending up seventh.

Avintia Ducati's Tito Rabat was another rider to fall, and the Spaniard ended the session dead last.

Marquez: Qualifying crash a result of my strategy

The Le Mans MotoGP race as it happened