Quartararo "getting used" to riding with problematic Yamaha 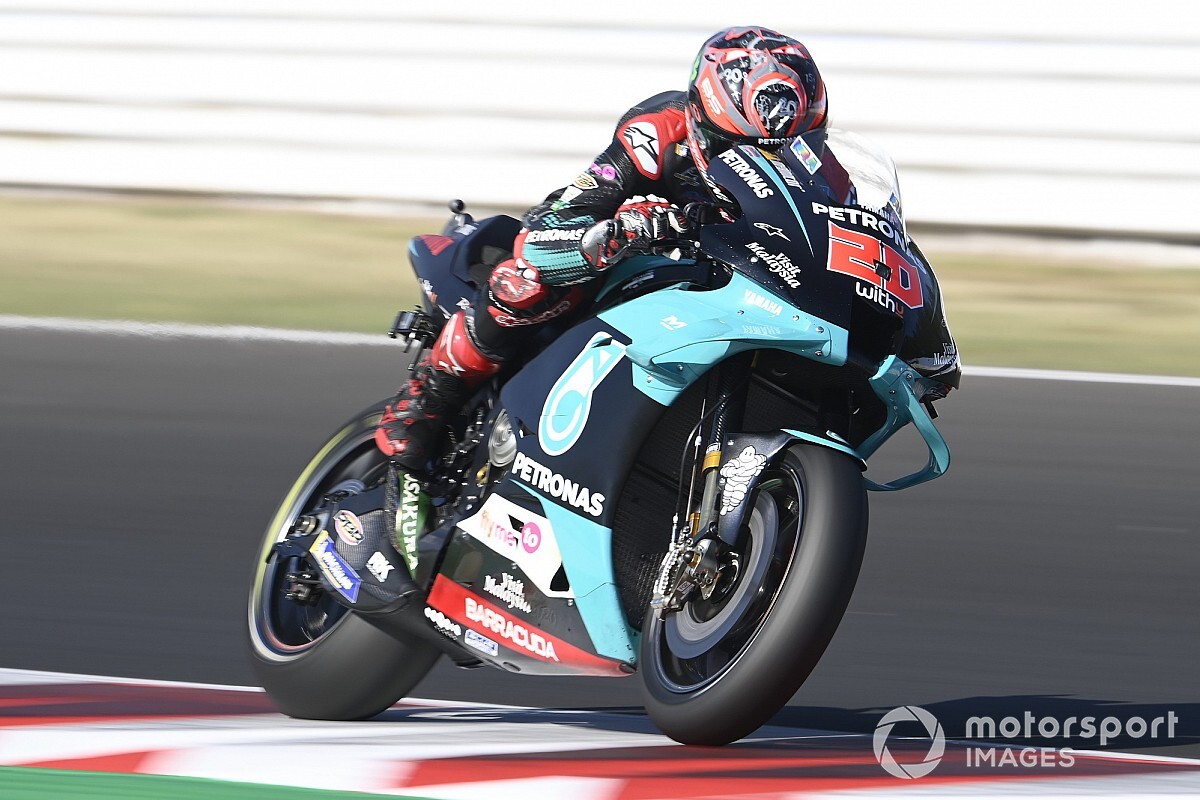 Fabio Quartararo says he is "getting used" to riding with the Yamaha's current problems, after numerous updates in the Misano MotoGP test yielded no improvement in this respect.

The Petronas rider dominated the opening rounds of the 2020 season at Jerez, though admitted at the time that this year's Yamaha was not an easy bike to ride.

Having scored just 20 points from the Brno/Red Bull Ring triple-header, Quartararo knew the Misano races this month would suit the Yamaha better - but was wary that the bike's problems wouldn't simply disappear.

Crashing out of the San Marino GP despite having strong pace, Quartararo spent Tuesday's test at Misano trialling a new chassis, swingarm, exhaust and electronics set-up.

But he said this did nothing to change the issues he is having on the bike caused by the engine and "in part, the chassis" - though he admits he is starting to adapt his riding around these problems.

"Unfortunately, not," Quartararo - who was ninth on Tuesday - replied when Motorsport.com asked if the new parts were addressing the problems he experienced in the August races.

"There was totally two different things: we are struggling with the engine, and was in part [the] chassis, and the electronics [set-up] we [tested] was trying to compensate a little bit for the problem that we have.

"But it's nothing that is really improving what we wish.

"We are trying to do our best, trying to manage, and honestly I'm starting getting used [to riding with the problems].

"Of course, I am not riding like at Jerez, but I'm getting used and it's difficult, also in this track.

"But I'm happy because we tried a few things that helped, but not really changed the problems."

Elaborating on how he is "getting used" to the Yamaha's problems, Quartararo explained that he is now riding differently to how he was at Jerez.

"So, I think that I'm struggling more than the other [Yamahas] because Maverick [Vinales], Franco [Morbidelli], Valentino [Rossi] have much more experience than me in MotoGP.

"For sure they had some issues, some similar problems.

"Last year everything was perfect. We made seven podiums, the bike was so good, we didn't have any issues on the bike.

"And now I need to adapt. So, I was struggling a lot, but riding in a different way, managing with the gas, with my body.

"I can't really explain exactly how I'm doing on the bike, but I'm riding in a different way to Jerez. So, it's not really easy to adapt.

"But last week we had an unbelievable pace in practice, unfortunately we had a crash [in the race].

Rossi keen on having Dovizioso as Yamaha MotoGP test rider

Nakagami felt "no negatives" on 2020 Honda in Misano test