Quartararo admits he got "too angry" about practice hold-ups 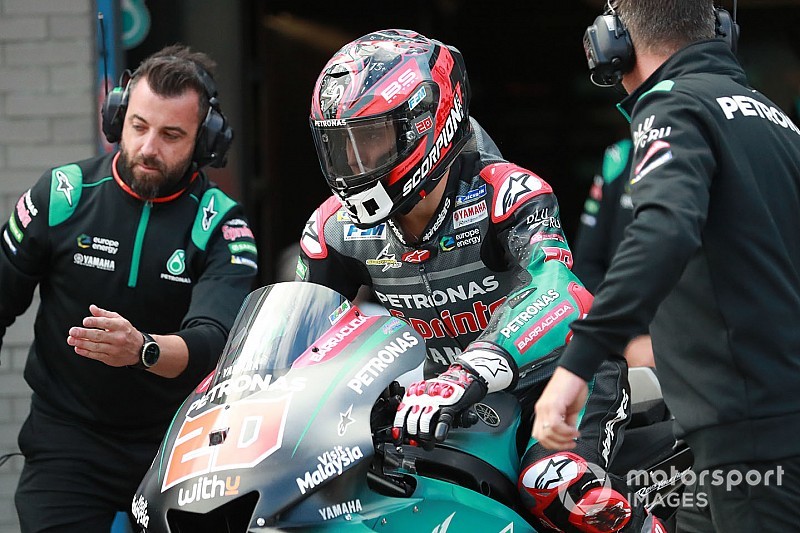 Petronas Yamaha rider Fabio Quartararo admits he got “too angry” about being held up by rivals during the second MotoGP free practice session at the Sachsenring.

During the French rookie's final run in FP2, for which he equipped a fresh soft rear tyre, the world feed caught an apoplectic Quartararo gesticulating at teammate Franco Morbidelli after he'd come up on the Italian coasting on the racing line through the Turn 2 left-hander.

A couple of minutes later, Quartararo caught the slower LCR Honda of Takaaki Nakagami on his final push lap, and was visibly raging as he took the chequered flag.

Asked about his moments of anger afterwards, Quartararo – who had topped FP1 and ended up third-fastest on the day – said he was only upset "for five minutes".

“It's really special, when you put the soft tyre, it's the best moment of the day, you know?” Quartararo said. “You make all the work, and that's the most fun part of the day.

“And unfortunately we can't really make the good laptime with these tyres. But it's okay, I was too angry. I should be more calm in this condition.”

The 20-year-old described his Friday showing as “positive”, saying that he felt strong with all available tyre compounds.

When it was put to him that his long runs were good but not quite on the level of Sachsenring specialist Marc Marquez, Quartararo said: “Yeah, my race pace looks good - we know that he [Marquez] is really strong in, let's say, his track.

“It's just our first day on the MotoGP bike at Sachsenring, so I'm really looking forward to look [at] the data, where I can improve, which part of the bike we can improve for tomorrow, and still improving one or two tenths our pace, will be really really good.”

Quartararo is continuing to recover from surgery he'd had on his right arm just over a month ago, but said he feels in good shape at the German venue, as he reckons its particular layout is “for our physical condition is one of the best ones”.

“The arm was quite okay,” Quartararo said. “For me we are quite lucky that it's [mostly] left corners and I'm really not suffering on the right side, but it's still not perfect. Really looking forward to have the arm at 100 percent.” 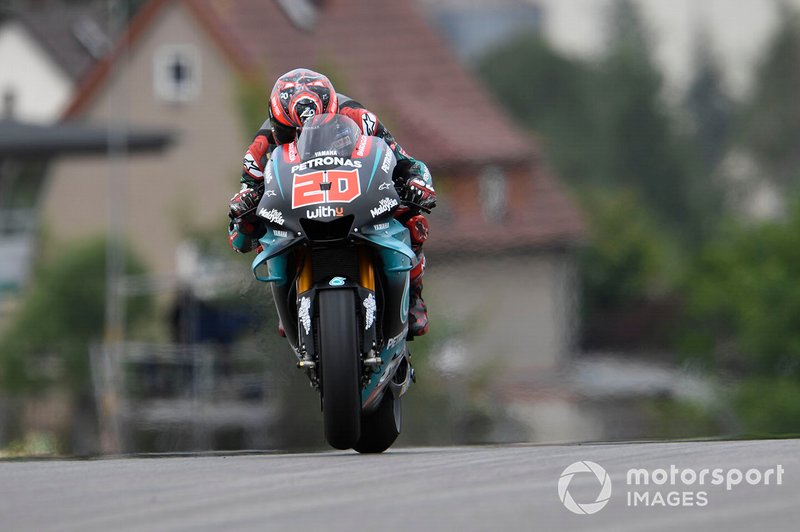