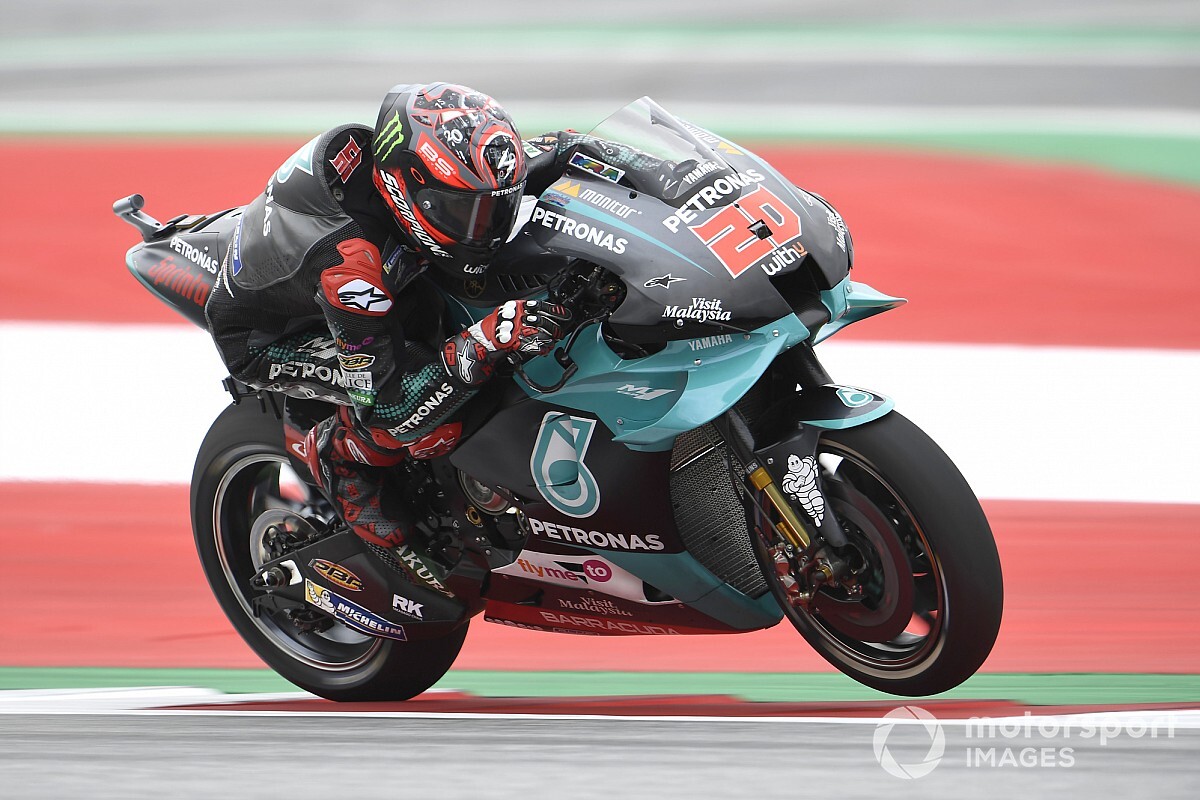 The Red Bull Ring is one of the least Yamaha-friendly circuits on the calendar owing to its high-acceleration nature, with M1 riders 6-12km/h slower than the Ducati through the speed traps in Austria on Friday.

Adding to its problems is the fact – as Motorsport.com reported earlier – that Yamaha riders have had to turn down their engines over reliability concerns.

Quartararo – who did managed a third-place finish last year at Red Bull Ring – was only 0.010 seconds inside the top 10 in 10th in the only dry session of Friday in FP1.

Generally happy at the pace he showed considering he made a mistake on his flying lap in FP1, and given the nature of the track, Quartararo admits he is likely facing damage limitation exercises for the Austrian double-header.

“For the tyres, I think it’s going to be better, much better than in Brno because actually in FP1 we made a mistake, I forget to swap [engine] maps and it was a mistake,” he said.

“Performance was still not bad, we make 1m25.1s at a track we struggle. Also, the setting of the bike was not so good this morning.

“Actually, I’m not so happy about today but I think I’m happy because I know that the condition of the bike was not so great.

“So, I can be happy tomorrow we have more things to try. But, of course, we can’t say that we are here to fight for the victory unfortunately.

“But I will do my best as possible, bring maximum point as possible and arrive at Misano that [will begin a run of] four races in a row that will be good tracks for us.”

Motorsport.com did press Quartararo on Yamaha’s engine situation, but he claimed to have no knowledge of his motor being turned down.

“Actually, I hope to have more power but I have no idea about the revs, that’s maybe a question to ask to one of our team members.”

Factory Yamaha rider Valentino Rossi was also pressed on the issue, though he too remained cagey – if giving the game away slightly - on the subject.

“A little bit yes, but the top speed for us is always a weak point,” Rossi said when asked by Motorsport.com if it was true that Yamaha’s engines have been turned down.

“On the paper this track is difficult because all the straights are very long and in all the speed sheets we are very low.

“So looks like our bike has other strong points, but we suffer on top speed.”