Avintia Ducati MotoGP rider Tito Rabat is to undergo "emergency surgery" on Saturday evening after suffering a broken leg in an impact with Franco Morbidelli's bike at Silverstone. 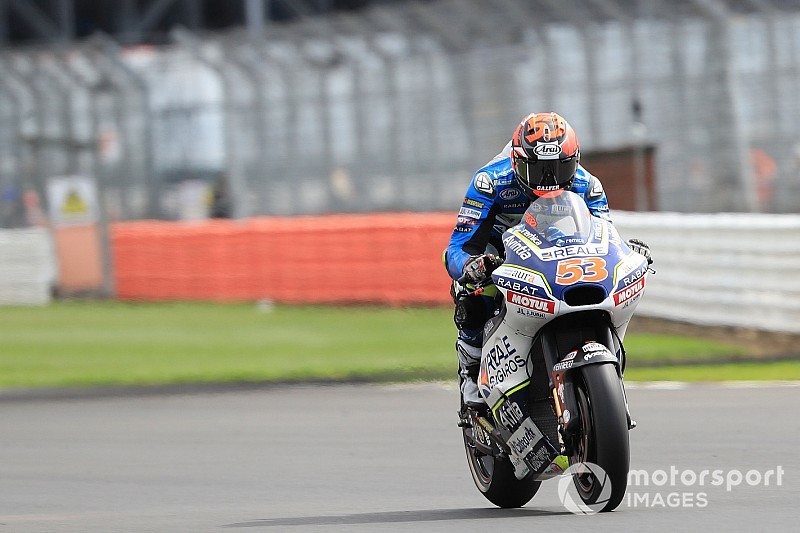 Rabat was hit by Morbidelli's Marc VDS Honda machine in the gravel at Stowe corner in the closing stages of fourth practice, shortly after heavy rain fell and caused multiple riders to crash.

He was airlifted to University Hospital Coventry with suspected multiple fractures to his right leg, and it was subsequently confirmed the former Moto2 champion had sustained a broken femur, fibula and tibula.

Rabat will sit out Sunday's race as a result and will have to undergo what an Avintia press release described as "emergency surgery" on Saturday evening before he is able to travel back to his native Spain.

Suzuki rider Alex Rins witnessed the incident, having crashed at Stowe moments before Rabat, and was seen gesticulating at his compatriot prior to the impact.

"What happened today was incredible, I have no words to describe it," recalled the Suzuki rider.

"When I came out of the [pit] box I saw there was a lot of water on the [Hangar] straight, almost a hand [deep], and I thought there would be a red flag.

"But I saw they did not put the red flag out and I continued to try and improve my feeling in the wet.

"On the next lap, halfway along the straight, I lifted the gas, and when I tried to brake, I saw the wheels were locking and the wall was getting closer and closer. That's why I decided to jump off the bike.

"I saw Tito, but he was on his back. I screamed at him and I made gestures, but he could not move.

"I saw that Morbidelli was also losing control. I could not prevent his bike from hitting Rabat's leg and throwing him two or three metre away. It was a brutal impact."

Sunday's MotoGP race has been rescheduled amid the threat of heavy rain, taking place at 1130 local time instead of 1300 as originally planned.

UPDATE: Avintia tweeted on Saturday evening that Rabat's surgery has been successful and that he will remain in hospital until Sunday. 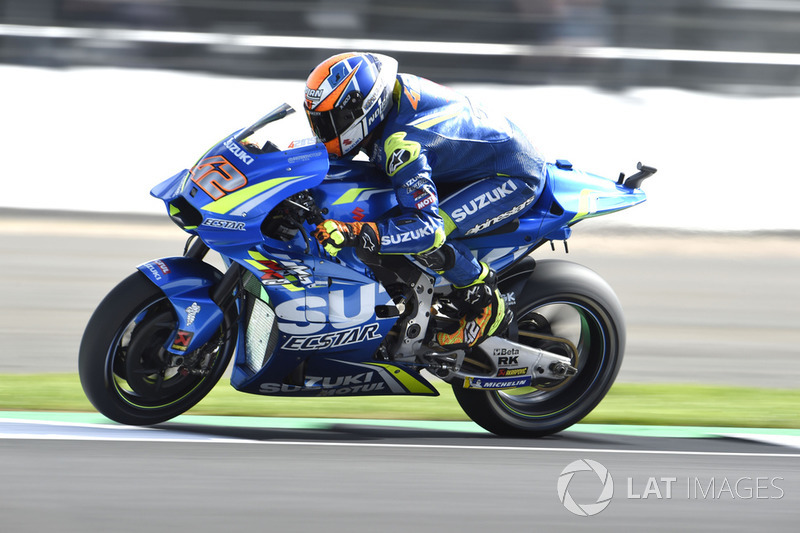