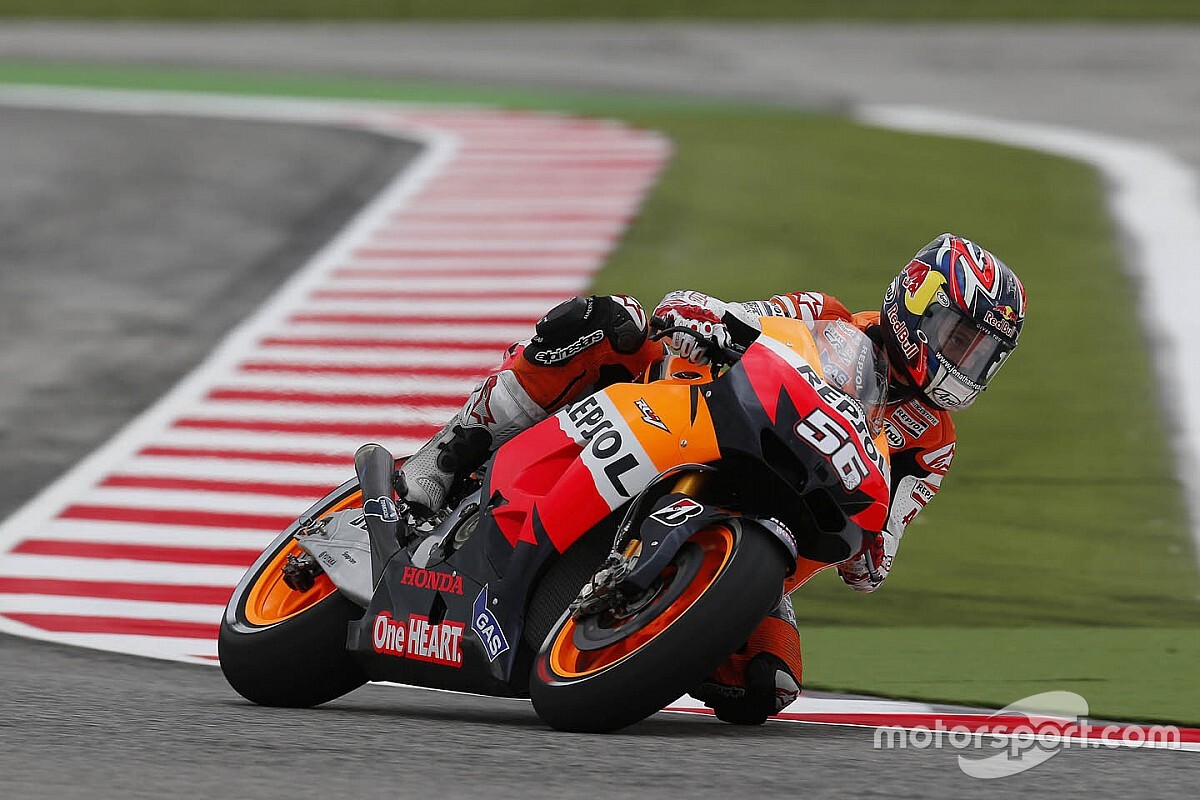 Called into replace an injured Casey Stoner for two rounds in 2012, Jonathan Rea made a splash, but never dived full-time into MotoGP. Achieving legendary status in World Superbikes in the years since, what Rea did on the factory Honda more than warranted a permanent stay in MotoGP...

Many riders have made the World Superbike/MotoGP crossover over the past three decades, with the likes of Cal Crutchlow, Ben Spies, Marco Melandri, Max Biaggi, Troy Bayliss, Nicky Hayden - to name but a few - either making winning moves in or out of the production-based series.

When it comes to riders moving from WSBK to MotoGP, the success rate over the last decade or so has waned incredibly, with the regulation divide between the production and prototype series - as well as an unwillingness from manufacturers to offer out full works machinery - the root cause.

But every so often, a WSBK star manages to prove their worth on MotoGP machinery.

In 2012, when double MotoGP world champion Casey Stoner was forced to miss three races mid-season owing to an ankle injury, the works Honda squad called on Jonathan Rea to take his place for the San Marino and Aragon Grands Prix.

Rea had made his full-time WSBK debut in 2009 on the Ten Kate-run Honda, and regularly dragged victories out of the long-in-the-tooth Fireblade CBR1000RR in the ensuing campaigns.

But to go from a WSBK-spec machine to the full-blooded factory RC212V Honda MotoGP bike is a bit like going from fronting a cover band to helming the real thing; everything from the tyres and how to work them, the electronics and the brakes are a world away from what Rea had at his disposal in WSBK. And that's not to mention the fact that the RC212V suffered front chatter problems something fierce as a result of Bridgestone changing the construction of its front tyre for 2012. And then throw in having to switch between WSBK and MotoGP on four straight weekends.

Simply finishing those races at Misano and Aragon would have been a solid enough effort, putting what he actually achieved into a greater perspective.

"It means he had to adapt week after week to different tyres, different brakes, different everything and considering he never tested the bike before, he did a very, very good job. We were impressed by his performances. I remember also the engineers who were working with him were also really impressed how he was adapting and learning." 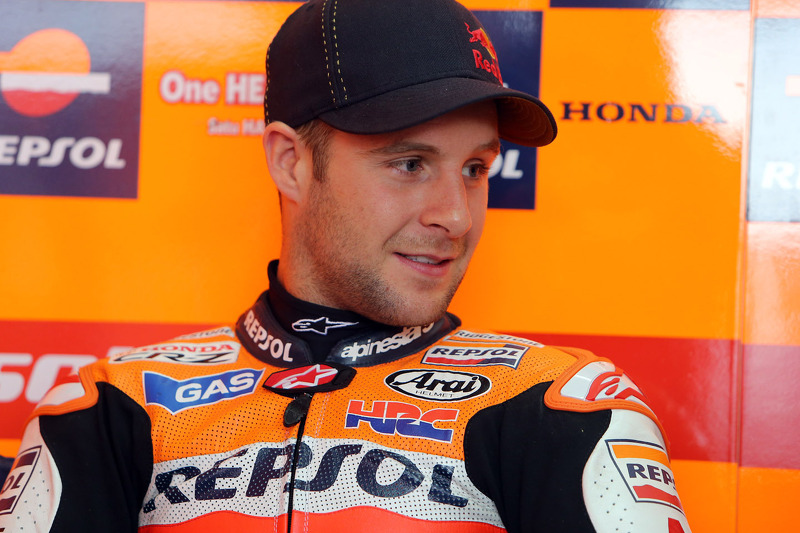 Rea's first weekend on the bike at Misano was hardly an easy education. Friday's two practice sessions and Saturday's FP3 were hit by rain, meaning his first dry MotoGP running came in qualifying. Though 1.5 seconds off the pace of poleman and teammate Dani Pedrosa, Rea still achieved a highly commendable ninth. He managed to gain a place in the race, finishing 43.1s back from race-winner Jorge Lorenzo.

Returning to WSBK the following week in Portugal, where he scored a podium, Rea was back in action at Aragon on the other side of that. In qualifying he was just over a second shy of pole in seventh, and just 0.4s outside of LCR Honda's Stefan Bradl, before holding the position in the race - finding over 10s from his Misano race time to end up just 32s from the victory.

Rea was due to race at the following Japanese and Malaysian GPs, with Stoner originally meant to stage a comeback on home soil at Phillip Island. But the Australian was back on his bike at Motegi, while Rea capped off his WSBK campaign with another rostrum appearance at the finale in France.

Tragically, his brief role as Stoner's stand-in remains Rea's only MotoGP outings to date. He came close to a switch for 2014 with Pramac Ducati, and revealed in 2018 that he'd held discussions with premier class teams for a move in 2019. But each time he opted for WSBK, with a move to Kawasaki in 2015 beginning a golden run which would see him win a record five world titles and bring his career tally of victories to an unprecedented 89 to become statistically WSBK's greatest-ever rider.

The chances of the 33-year-old making a full-time debut in MotoGP in the next few years are remote - almost as remote as him doing so on his Kawasaki ZX-10RR. But, Dorna Sports CEO Carmelo Ezpeleta recently revealed that Kawasaki did in fact enquire about the possibility of it making a wildcard appearance in MotoGP.

The idea was immediately shot down, the fact the ZX-10RR isn't a prototype machine being the biggest sticking point. Rea called the talk "strange" and was sceptical of just how serious they were.

But what if that utterly ridiculous scenario actually came to pass?

Curious, this writer spent a wonderful afternoon in lockdown looking over laptimes between WSBK and MotoGP from two venues both series race at: Phillip Island and Jerez.

Looking specifically at Rea's qualifying and best race lap from the second feature race of February's Australian WSBK round, his 1m29.598s Superpole lap - which put him third on the WSBK grid - would actually have been good enough for ninth in qualifying for the 2019 MotoGP Australian GP, though some 1.1s off poleman Maverick Vinales. Rea's best race lap was a 1m32.040s - 2.5s off of Vinales' best. Assume that gap remains across 27 laps, and Rea ends up last and 1m07.5s off the race lead. It's worth noting that the WSBK sample comes from laps set on a track 10 degrees hotter than conditions experienced during the MotoGP event. 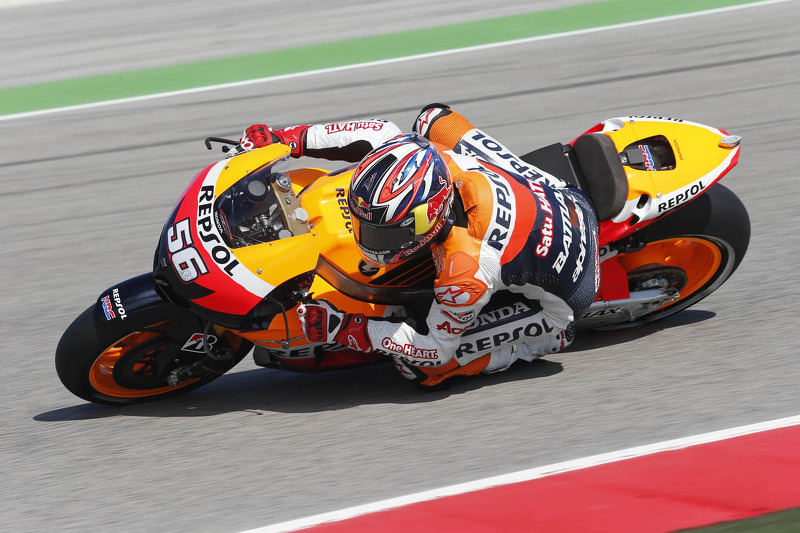 If we take Jerez as another sample, Rea's best Superpole lap from last year of 1m38.247s is around 1.5s slower than Fabio Quartararo's pole lap, though he would still manage a few scalps in 19th. Over race distance, a laptime deficit of around 0.8s to the fastest MotoGP runner - Marc Marquez in this instance - would see Rea finish just 20s from victory in 13th.

Of course, the above must be taken with a pinch of salt and caveated several times. For starters, WSBK use qualifying tyres, whereas MotoGP doesn't. Running Michelin tyres on his hypothetical MotoGP wildcard - with his ZX-10RR developed around Pirelli rubber - Rea would likely be much further off the pace on Saturdays, and looking at being lapped on Sundays at certain venues than our sample data initially suggests. Then there's the difference in power: 220bhp versus 270bhp. Rea wouldn't exactly be keeping many people behind him on straights, and steel brakes versus carbon wouldn't win him any fights on the anchors either.

As quirky as it would be, it's a good thing this would never be allowed. More so, because it would mask the true measure of a modern day great.

Say what you like about WSBK - and people sure do like to belch their opinions about it - it is a strong championship, with a lot of class on its grid. The fact Rea has been almost unstoppable, even last year when MotoGP outcast Alvaro Bautista on the new Ducati Panigale V4 R was miles ahead of him before the Spaniard's lead was wiped out by a series of crashes, is all down to his immense talent.

But, it's still those two outings in 2012 on a difficult factory Honda bike in MotoGP which stand out as Rea's most impressive showings. To my mind, Rea on a decent package in MotoGP would have been a potent force without a doubt.

Perhaps not enough to topple Marc Marquez, as Suppo concedes, but certainly enough to ensure Britain had at least two grand prix-winning riders in MotoGP.

"I think his talent deserved to race in MotoGP," Suppo concludes on Rea. "But life is life, and for some reason, he never go the correct chance when he was young and then felt like he was too old to jump and preferred to stay with a very good contract with Kawasaki [in WSBK].

"At the end of the day, there are heroes in our sport - like Troy Bayliss - that are heroes because of what they've done in Superbikes, more than in MotoGP. So, honestly, for Jonathan, I don't think he would have been able to win five championships [like he has] in Superbikes [in MotoGP]. With Marc around, it's difficult to see Jonathan beat five times a guy like Marc. So, could be good a rider, top rider in MotoGP, but now he's a legend because he won so much in Superbikes." 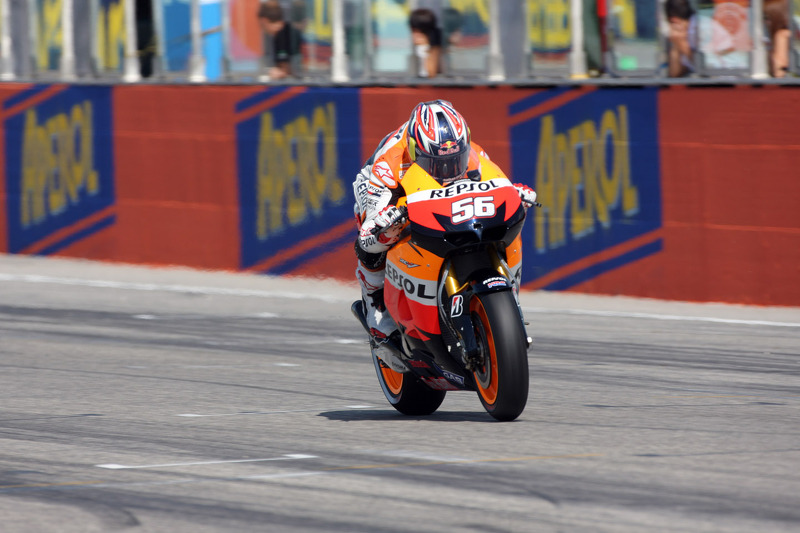