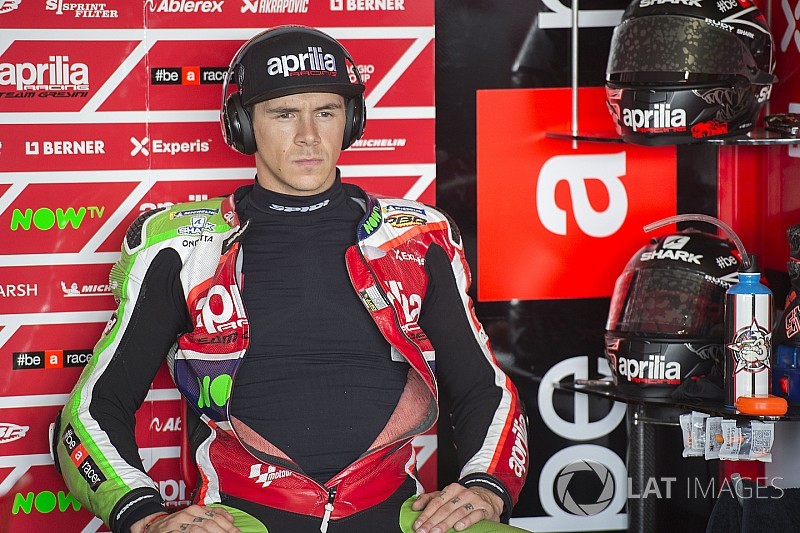 Scott Redding believes he can avoid the fate of his Aprilia predecessor Sam Lowes because of his greater MotoGP experience.

Lowes joined Aprilia as a rookie on a two-year deal in 2017, but as early as last June the Italian manufacturer was investigating replacing him.

He is now back in Moto2 having been dropped in favour of ex-Pramac Ducati rider Redding, who already has four MotoGP seasons under his belt.

Redding began his MotoGP career in 2014 with the Gresini team that now runs Aprilia's programme, but spurned an Aprilia offer in 2015 because he thought he would handle the situation better with more experience.

"It was a big for Sam to take the offer," Redding told Motorsport.com. "It was hard not to take but it was hard to make something of it, not having the experience in MotoGP.

"Aprilia offered to take me two or three years before but I didn't feel ready and I didn't want to happen what happened to Sam.

"But now it's different and in the end if I do the best I can but they are not happy and they say 'OK, we don't want you', for me it is what it is, I cannot fight against it.

"But I think they do believe in me, as they pushed hard to get me back."

Redding's 12th place in the standings on Gresini's Open class Honda in 2014 remains his best in a MotoGP career that has not yet fulfilled the promise hinted at when he won in 125cc as a 15-year-old rookie in 2008 and fought for the '13 Moto2 title.

Asked if Aprilia was his last chance in MotoGP, Redding replied: "Yes, it was. Because I didn't really have any other offer and I knew that and I have to accept it. This is my 10th year in GP and I'm only 25, so in the end if your time is out, your time is out.

"But this offer for me was not like 'OK, we go to Aprilia for one year and we see'. It was to have that feeling back of going racing with a team that wants to improve and wants to win eventually.

"That basically inspired me to go with Aprilia and to give it another shot."

Redding said he already felt more "comfortable" being with a factory MotoGP team for the first time.

"It's not so much about position with the bike but how involved I'm with the team, how much information I give that they use," he said.

"In the past I gave information but being not in a factory team they don't use all the information so much. Now it's like I am the heart and they want to use my information to improve the bike and that makes a big step for me.

"I give information for a reason. It's not giving information to take one percent of what I give. That feels really good, they come to me for how to improve."

Iannone says he has options beyond Suzuki for 2019