MotoGP rider Scott Redding said he was pleasantly surprised by the reaction to his decision to join British Superbikes in 2019, having expected “a lot of negativity”. 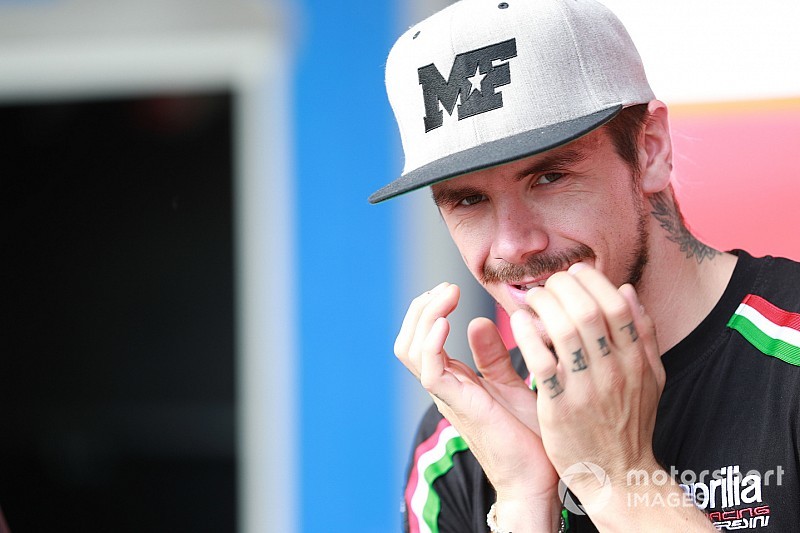 Redding, who will be replaced by Andrea Iannone in the Aprilia MotoGP team at the end of the year, will ride a Ducati Panigale V4 for Paul Bird Motorsport in the British series next year - with former series champion Josh Brookes announced as his teammate.

Faced with a likely MotoGP exit for much of the year, Redding initially felt British Superbike would be “too far of a step back”, favouring Moto2 or World Superbikes, but ultimately came around to the idea amid a dearth of competitive rides in his preferred categories.

“I actually had a lot better feedback than I was actually expecting,” said Redding, who hosted a live social media session answering fans' questions in the aftermath of the announcement.

“I was expecting a lot negativity coming from people, actually quite opposite so that really fuelled my fire more, excited me a lot to go there and make a new future on the other side."

Asked what exact reactions he was predicting, Redding said: “Stepping from MotoGP to BSB, people think maybe you're wasting your talent, you are ruining your career, you shouldn't be going there, there is a lot of things I thought people would say but people kind of understood.”

The 25-year-old Briton stressed that the British Superbike move was part of a longer-term aim to make it to World Superbike in a championship-calibre ride.

“My plan is not to stay in BSB for the rest of my life,” he said. “I would like to do two years there, try and take the title, then go to WSBK with a good bike that can fight for the title, that's what I want to do.”

He insisted, however, that he was “super stoked” to compete in front of the British crowds and take on a new challenge.

“Honestly, I'm super excited, more than I thought I would be," he said.

“I have a lot of motivation to go there due to being on a completely different bike, different tyres, back to steel brakes, no electronics, there's so many things that I need to conquer so fast.

“But I like that challenge, it is something in my control that I can do. I just need to get used to it, so a lot of training in the winter to try and adapt to it.”

Prior to deciding on his future, Redding had expressed concerns over safety standards in the series – and he admitted this remains a worry.

“I still am concerned, but I sat back, had a good think about it and I thought: 'Well, you know what, the guys are doing it. It might not be great but they are doing it.'

“I just hope that I can survive it, should I say. They are improving safety, which is nice to know as well.

“It is not like the Isle of Man TT where you know I'm not a great fan of - I have massive respect for those guys doing it.

“I have to see, maybe I go to some tracks when I come in and go 'woah', but maybe I don't even notice - as a racer you put your helmet on and you got to focus.”

Lorenzo “grateful” to Marquez for not blocking Honda switch