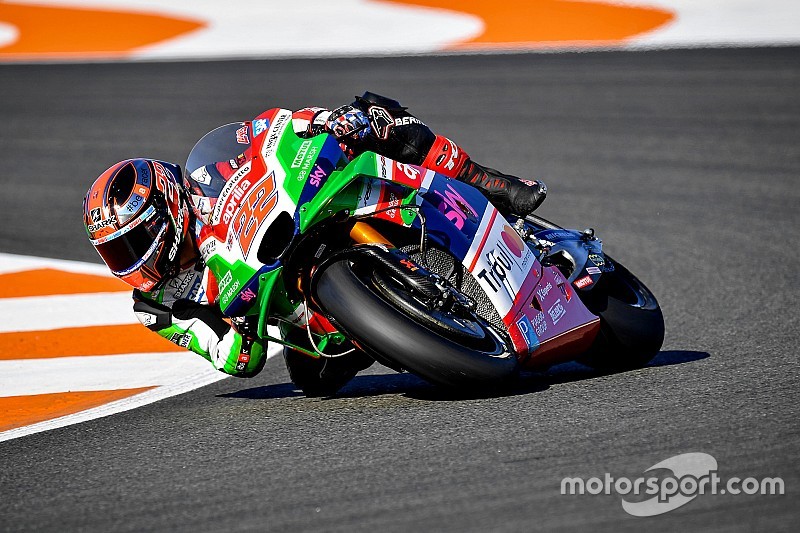 Aprilia MotoGP rider Aleix Espargaro says the struggles of his British teammates Sam Lowes and Scott Redding on the RS-GP bike are “a million dollar question”.

Lowes joined Espargaro at Aprilia in 2017, having been a regular frontrunner in Moto2, but was regularly outperformed by the Spaniard, who scored 64 points to Lowes' five and beat his rookie teammate 15-1 in qualifying.

Aprilia split with Lowes after one year, hiring the more experienced Redding instead – and the latter is currently just four points off Espargaro amid a terrible start to the year for the team.

However, Espargaro has been noticeably the quicker of the two once more, having qualified ahead of Redding in all seven races, and the Briton has already been dropped for 2019 in favour of Andrea Iannone.

“The last two years have been very strange,” Espargaro admitted. “I don't understand what happened with Scott and Sam. I don't have an explanation, both are very strong riders.

“Sam is very strong. Scott, I always check the sessions of the year before, all sessions, the videos before I arrive in the weekend and for example here in Barcelona, with the Ducati, he was always top six, was very strong.

“The Aprilia is not an easy bike and they struggle a lot, a lot."

Asked what made the RS-GP so difficult to master, Espargaro said: “Million dollar question. Very difficult to understand, not an easy bike. From Friday FP1, [I'm] to the limit always but I am sure that also Sam and Scott did.

“For me the Aprilia is very different from the other bikes, from the Ducati and obviously from Moto2.

“You have to be very fast on the centre of the corner and brake very late, so riding a little bit like the 250cc, because we're missing still a little bit of power and the bike is a little bit heavy to change direction.”

Espargaro, who extended his Aprilia deal earlier this year, said he congratulated the team for signing Iannone, as he believes the 2019-20 line-up will be “the strongest Aprilia team ever”.

“They told me 'we are very close to closing Andrea Iannone but we are also talking with one or two more'.

“I say to Romano [Albesiano, team manager] - close Iannone, don't let him go to other team because he is the best option. So they did a great job.”

He added he was “curious” to see how the one-time MotoGP race winner adapts to the RS-GP, given the struggles of Lowes and Redding.

“Andrea is a very good and fast rider, but also Scott is, also Sam Lowes is,” Espargaro said.

“We'll see, but for sure if Andrea is not fast with the bike we have to think about it because [it] will be something wrong.”