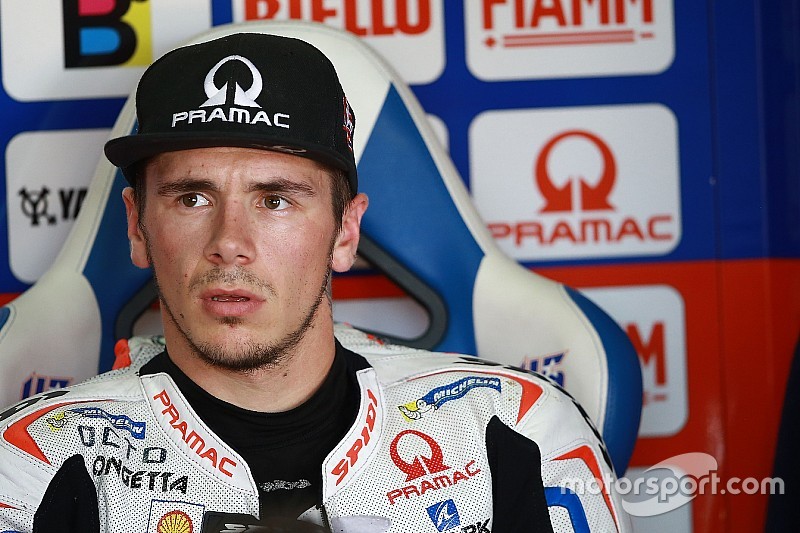 Scott Redding has suggested his clash with Pramac teammate Danilo Petrucci at Aragon will play a part in deciding which one of them gets the up-to-date Ducati GP17 bike next year.

Only one Desmosedici GP17 will be made available to Pramac next year, meaning either Redding or Petrucci will get to ride the same bike that Ducati factory duo Jorge Lorenzo and Andrea Dovizioso will compete with.

This has left the two Pramac riders in a straight shoot-out for the coveted bike, with the original terms of the battle dictating that the GP17 will go to the rider who scores most points between Brno and Valencia - allowing for one dropped score.

At Aragon, however, both Pramacs drew a zero, as Petrucci pushed Redding off the track on the opening lap, the Briton falling off his bike and the Italian subsequently serving a ride-through penalty.

Explaining how the collision might affect the battle for the GP17, Redding said: "When we were making the discussions and a deal, he was the one saying 'okay, what if we make hard riding, you know, we should be penalised' - and he's the f***ing idiot doing it.

"We'll have to see if it happens again, maybe it might not come down to how it will end up in the season. Maybe Ducati will say 'okay, he's not learning, maybe the younger guy is learning'.

"We'll just have to see what happens over the next few races, what we can do. But my job is just to beat him in the next races.

"Today [Sunday] was one of them days that maybe I could've beat him, it would've been close. For sure, all Ducatis struggled, but I couldn't show it, I couldn't prove it and that's three races in a row I've been nowhere."

Redding added that the events of Aragon will definitely be accounted for under the existing conditions of the shootout for the GP17.

"Sure, they will do something, as we discussed," he said. "Something I can't really say to you guys, but there are ways of them making it fair for situations like these."

Crutchlow: Ducati needs Marquez, not Lorenzo, to be sure of title