MotoGP riders to get wet-track running in Qatar test 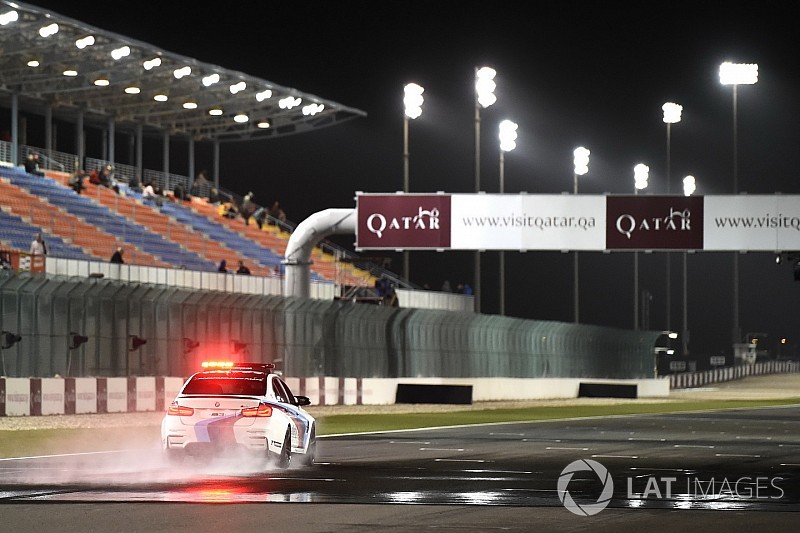 The MotoGP safety commission has agreed to soak the track on the final day of Qatar pre-season testing next month to give riders the chance to sample the Losail circuit in the wet.

The test will give the riders the chance to evaluate how feasible racing in the wet at the Middle Eastern venue would be, after last year's Qatar race was jeopardised by bad weather and poor track drainage.

It had been assumed that the floodlights that allow the event to be held at night would dazzle the riders in the wet, but no official test or practice session has ever taken place in such conditions.

An unofficial test in wet conditions was conducted by FIM Safety Officer Franco Uncini and Dorna representative in Race Direction Loris Capirossi last year, albeit only on road bikes.

Motorsport.com understands the topic of hosting a wet test session in Qatar was discussed during Friday's safety commission meeting, which was attended by all riders except Valentino Rossi.

The last hour of running on the final day of the Qatar test, on March 3, will be dedicated to wet-weather running. Like in Formula 1's Barcelona test last year, water tankers will be used to douse the track.