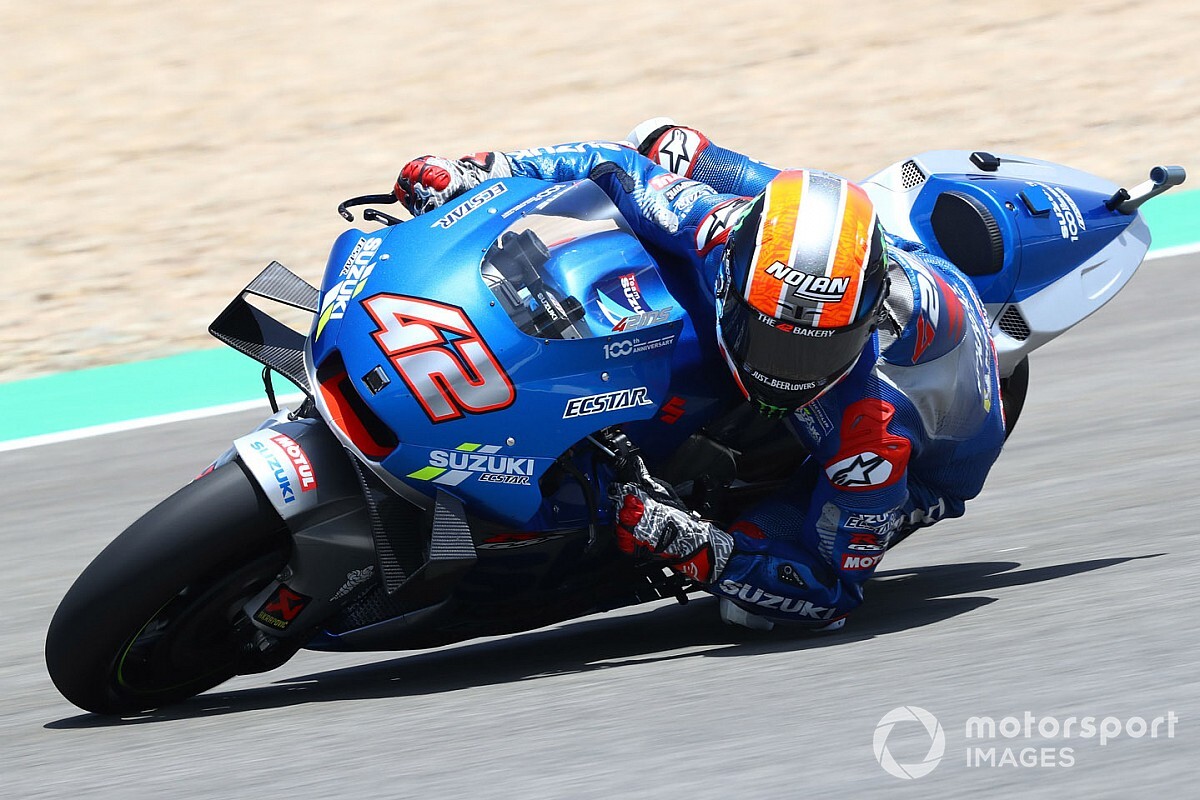 Suzuki MotoGP rider Alex Rins suffered a fracture and dislocation to his right shoulder in his crash during Spanish Grand Prix qualifying, with his participation in the race in doubt.

Rins was heading through the fast Turn 11 right-hander towards the end of the lap at Jerez in the closing stages of Q2 when he lost the front of his bike and was forced to check up.

Sent into the gravel at high speed, Rins crashed and rolled violently.

A Suzuki spokesperson confirmed he has been sent to hospital for further checks after initial tests were carried out at the circuit’s Clinica Mobile.

“Due to the crash he had at the end of Q2 and the following examination he underwent at Clinica Mobile, Alex Rins is now being transferred to Jerez hospital for further tests, including an MRI scan to his right shoulder,” a brief statement read.

Rins’ participation in Sunday’s season-opening Spanish Grand Prix is in question, with Suzuki expected to wait till the morning before making a decision.

The Spaniard has endured a tricky day at Jerez, having failed to get into the direct Q2 places at the end of FP3.

He also had a run-in with Marc Marquez in that session while trying to improve on his final flying lap, though the Honda rider escaped punishment after presenting evidence that he had slowed for yellow flags being waved for Tech3’s Iker Lecuona’s Turn 2 crash.

Though he made it out of the first part of qualifying, Rins did suffer a low-speed tumble at Turn 2 right at the end of the session.

He has qualified his Suzuki ninth on the grid.

Rins’ injury comes just weeks after Andrea Dovizioso plunged the start of his season into doubt with a broken collarbone he sustained in a motocross accident in Italy.

The Ducati rider said on Wednesday after the test at Jerez that he was suffering “no strange pain” from his shoulder.

Pramac’s Jack Miller crashed just seconds before Rins did at the same place, but walked away unscathed.

The Australian later said his fall was caused by him simply going too fast through the corner as he tried to better his fifth-place.

MotoGP on TV today – How can I watch the Spanish Grand Prix?