Suzuki rider Alex Rins' current “strongest point” is the lack of pressure to compete out front in MotoGP week in, week out, according to rival Marc Marquez. 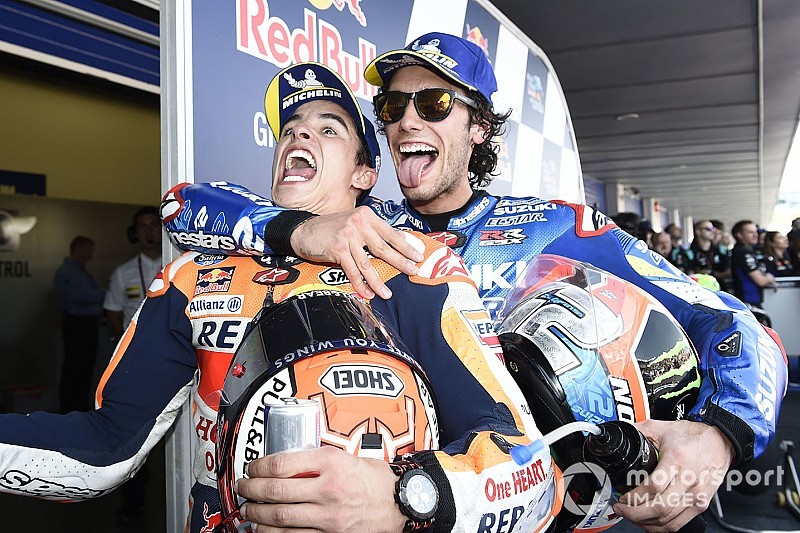 Rins, who has posted 11 consecutive top-six finishes in MotoGP and claimed his maiden win earlier this year in Austin, sits second in the current riders' standings, just one point behind Honda rider Marquez.

Reigning champion Marquez has repeatedly spotlighted Ducati's Andrea Dovizioso as the biggest threat to his title defence, but acknowledges Rins and Suzuki can also be a factor.

“His strongest point is that he don't have pressure at the moment. For sure it will arrive.

While he has been in a rich run of form, qualifying remains a weakness for Rins, who is yet to line up higher than seventh on the grid in the first four races of 2019.

“Yes, still we need to work more hard on qualifying,” he acknowledged after charging from ninth to second in the Jerez race.

“Sincerely I don't know [what the cause is]. As I said before, we need to improve on the braking area - maybe on qualifying, if we improve this thing, maybe comes easier.

However, Rins didn't do any qualifying-specific work in the post-Spanish GP test day at Jerez, instead exploring solutions to make his pace even more consistent.

“I don't put any soft tyre, we just keep focused on the rhythm, we try different swingarm, a lot of things on the electronic area,” Rins said.

“I'm quite happy, because sincerely lap by lap I did very constant [pace], was easy.” 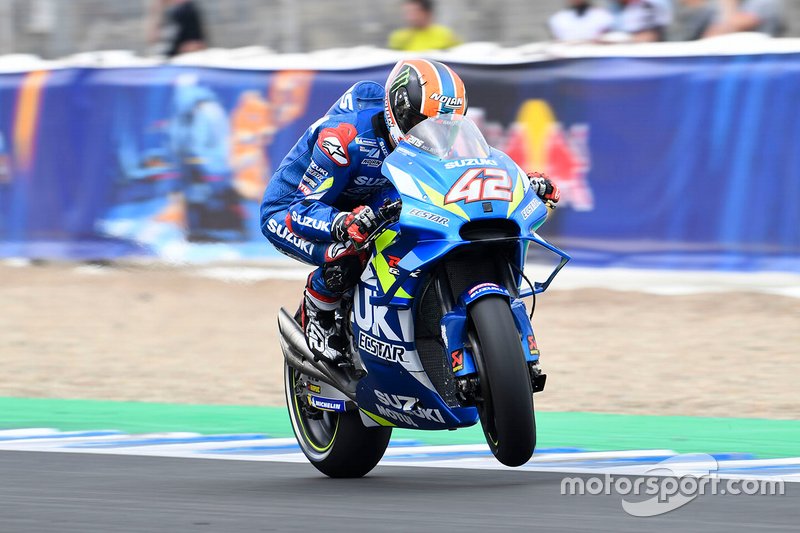