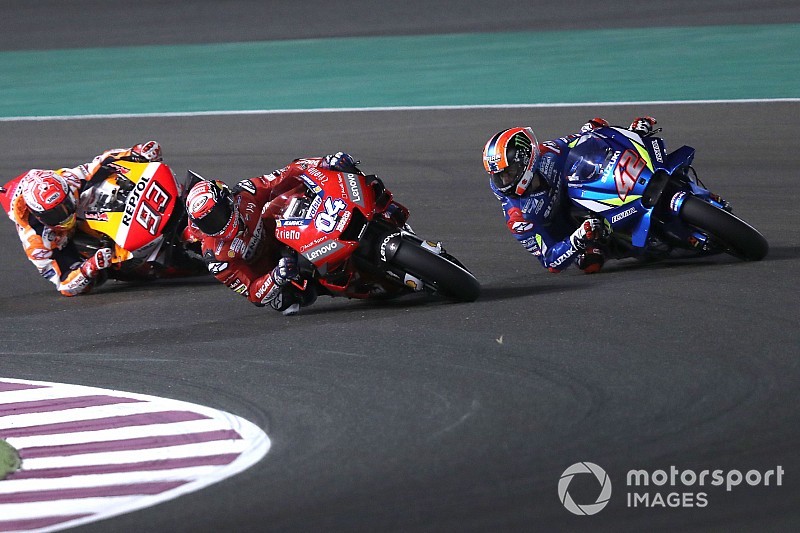 Suzuki MotoGP rider Alex Rins admits he was “very angry” during the 2019 season opener in Qatar, as he felt his rivals were “playing” with him.

Rins charged from 10th on the grid in the first few laps, and quickly emerged as leader Andrea Dovizioso's main rival.

He would overtake Dovizioso during several successive laps, only to be repeatedly thwarted by the Ducati's superior straightline speed, which allowed the Italian to return to the front on the start-finish straight and continue to manage the pace.

Rins eventually slumped behind Marc Marquez and was passed by another Honda rider Cal Crutchlow on the main straight heading into the final lap, eventually finishing 0.457s behind the winner in fourth.

“After the race when I stop, I was frustrated, because okay, I think I have potential to win the race,” Rins said.

“Inside of the helmet I was very angry because I had good race pace like them [Dovizioso and Marquez], no?

“For the management of the tyres I finish the race with the good performance. [But] they were playing with me on the straight.”

More from the Qatar opener:

Rins said that his initial frustration subsided quickly as he began to appreciate a strong showing at a track that does not appear to suit the GSX-RR.

“We [Suzuki] have good points, worse points - for example on the straight, top speed.

“We have a very good corner speed, Ducati has a good [top] speed and brakes, slow corner speed.

“This is life, no? I'm very happy here, I'm not complaining.

“But we knew before start the race that this track will be hard for us. The important thing is that we did an incredible race, overtook a lot of riders, and I learn a lot.

“In the first 10 minutes [after finishing, I was] really frustrated, but then really happy, because all work we did on the pre-season, we demonstrate that we are really close.” 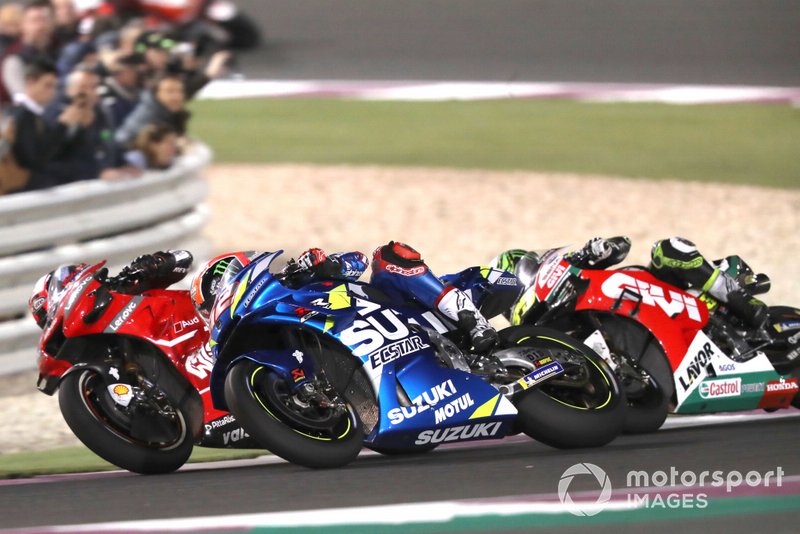