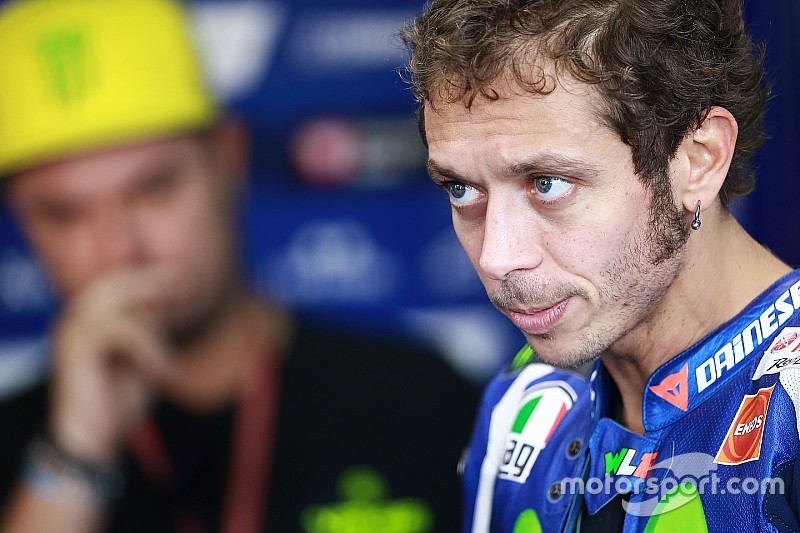 Valentino Rossi admits that his Yamaha MotoGP squad’s current losing streak has him “worried”, especially as Honda has won five of the last seven races.

The seven-time premier class champion’s victory at Barcelona in June remains the last time a Yamaha rider has finished on the top step of the podium.

Since then, Honda has clinched no fewer than five wins – with Marc Marquez winning two and Dani Pedrosa, Cal Crutchlow and Jack Miller all taking one apiece – while Ducati and Suzuki have also won once each with Andrea Iannone and Maverick Vinales respectively.

“We are a bit worried and we must try to do something more, because Honda has won a lot of races recently with different riders, while we haven’t won since Barcelona,” said Rossi after finishing third behind Marquez and teammate Jorge Lorenzo at Aragon.

“We have to understand what we need to do to improve because there are four very important races left and I want to be able to fight for the win.

“We can lay the foundations to make a step forward next year, and the next tracks should be good for our bike.

"At the start of the year our bike was the best, but now we have to work.”

Now facing a deficit of 52 points to championship leader Marquez, Rossi stopped shy of saying he had given up on catching the Spaniard, but admitted he knew from the summer break that his task would be nearly impossible.

“It’s not finished until the maths gives you no chance,” he said.

“But at the same time we have to be realistic: it was difficult with 43 points and now it’s even harder with 52.

“I think that the championship was lost after the first half of the season.

“Since Austria I have recovered a few points, but I knew that the three zeros from the first half of the season would be very difficult to recover.”

Marquez: Winning title in Japan would be “like winning lottery”