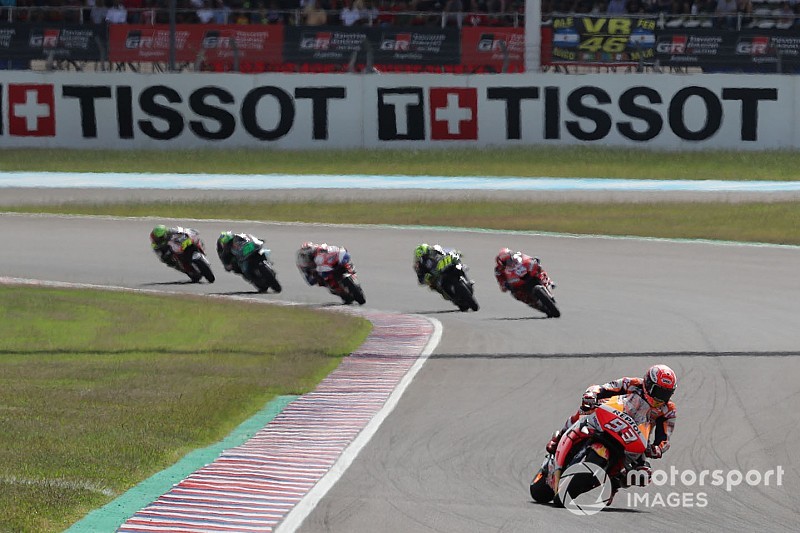 Valentino Rossi admits he is disappointed with the size of his deficit to Marc Marquez in last weekend's Argentina Grand Prix, despite scoring his best MotoGP finish since last July.

Yamaha rider Rossi came out on top in a last-lap duel against Ducati's Andrea Dovizioso at Termas de Rio Hondo to finish second, just under 10 seconds in arrears of runaway winner Marquez.

Although Rossi said he rode like 'when he was young' in Argentina, speaking to Italian media he remained somewhat downbeat that he couldn't offer a sterner challenge to Marquez.

"I am happy to be third in the championship behind Marquez and Dovi, who are the favourites," said the 40-year-old, who lies 14 points adrift of Marquez. "But I think we must take things race-by-race.

"There’s a good group in Yamaha and we are working hard, but the challenge is very difficult. The two of them [Marquez and Dovizioso] surely remain the favourites, so we must try to work to be competitive and fight.

"And maybe stay closer to Marquez, because to finish 10 seconds down is huge. I would have preferred to be only three seconds behind and see him sometimes.”

Third-pace finisher Dovizioso was more philosophical about the gap, highlighting that Marquez could have been even more dominant in 2018 without the dramas that destroyed his race.

“The distance [to Marquez] of today is very important, because Marquez put 10 seconds over us, but also it could have been more," said the Ducati rider.

"Last year he could have beaten us by more, so I don’t want to view it as more worrying than usual.

"The problem today is that he managed to maintain a good pace, while we all went slower. There were no possibilities [to challenge Marquez]." 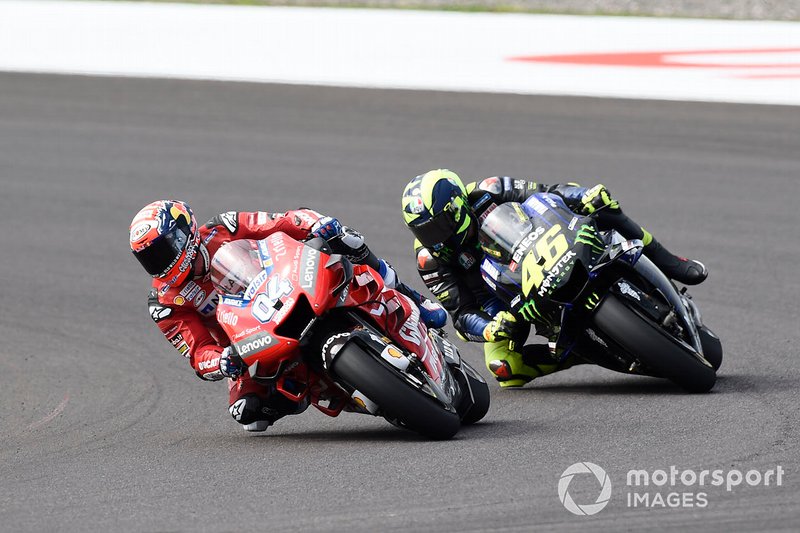 Dovizioso was "scared to crash" in last-lap Rossi fight