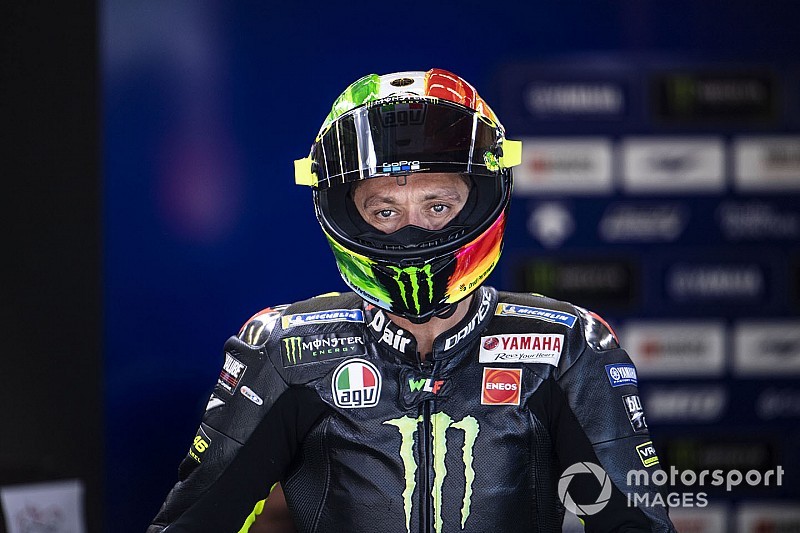 Yamaha MotoGP rider Valentino Rossi says his recent visit to the "forbidden" Cavallara motocross venue was a way of keeping focus after the "shock" of the Italian Grand Prix.

Rossi had endured a disastrous MotoGP weekend at Mugello, failing to make Q2 and having his race compromised by a clash with Suzuki's Joan Mir, before ultimately crashing out.

In the lead-up to this weekend's race at Barcelona, Rossi had a track day at Cavallara alongside works Ducati riders Andrea Dovizioso and Danilo Petrucci.

The Italian had broken his right leg while training at the track back in 2017, which forced him to miss a race at Misano - and Rossi explained he hadn't been allowed to ride at Cavallara again until now.

"It's a good therapy, after a hard weekend like in Mugello," Rossi explained. "You need to stay concentrated and continue your programme, and after the race in Mugello, we were in Cavallara, that is the track where I injured [myself] in 2017, but is one of the my favourite tracks, it's a fantastic place, I love always to go there and I grew up there also.

"But unfortunately before the Misano 2017 I had a crash and I had the injury, so all my team - and especially my father and all the guys around don't let me go, for two years. I push always but is forbidden for me.

"But this time, from the beginning of the season that we speak with Dovizioso and Petrucci, to go together one time, and they want to come to Cavallara, so I go to my father and I say, 'I have Petrucci and Dovizioso this time, we have to go'.

Rossi reckoned it will be key to be on the pace from the outset in Barcelona following the Mugello letdown.

"For me, the Mugello weekend was very tough, very hard, also because I arrive with a good expectation, because in 2018 I did a good race," he said. "So it was a bit of a shock, to arrive [into] the reality and be more in trouble.

"So, here, this track is one of my favourite tracks, I love this place.

"We arrive in a difficult moment, we are not very fast unfortunately, but we need minimum to work better than in Mugello, to stay more concentrated, try to be strong from tomorrow and try to make the best."

Quartararo: Mid-season surgery a must to avoid DNF at Assen