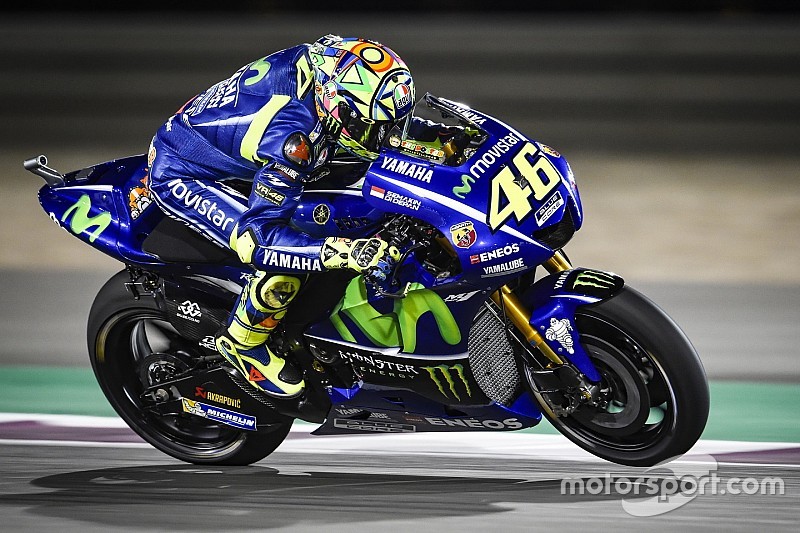 Valentino Rossi concedes he knew switching back to Yamaha’s 2016 MotoGP bike was not an option for this season despite a troubled winter of testing.

Vinales led that session and subsequently all three pre-season tests, before winning the 2017 opener in Qatar last month.

While Rossi struggled for front-end feeling and pace on corner entry, including in practice at the Losail circuit, he regrouped to move from 10th to third in the race and join Vinales on the podium.

Crediting a practice set-up breakthrough for that result, Rossi said he knew switching back to the 2016-specification Yamaha - as used by Tech 3 rookies Johann Zarco and Jonas Folger - was never on the cards.

“We improved the setting, especially to give me good stability for entry and also my team made a good modification to the front,” he said of the Qatar race. “I was strong on braking.

“Also, [Vinales] can ride the '17 so maybe I need more time but I can also ride that bike. For the factory team it's better [for both riders] to have the same bike. We have to continue like this.

"This result is very good for us, both for our feeling and also for the technical side, because we now understand a lot of things.”

Yamaha team director Massimo Meregalli also praised the 38-year-old’s resilience during a difficult winter and his “salvage” ride in the Qatar event.

“The winter tests were really challenging for him and he‘s never given up, together with his team, to try to find the right feeling with the 2017 bike,” Meregalli said.

“Third place is the result of the deep dedication and massive effort he and his crew put into [the Qatar] race.”

Second in Qatar would've been seen as a "disaster" for Vinales

Lorenzo says Vinales reminds him of himself