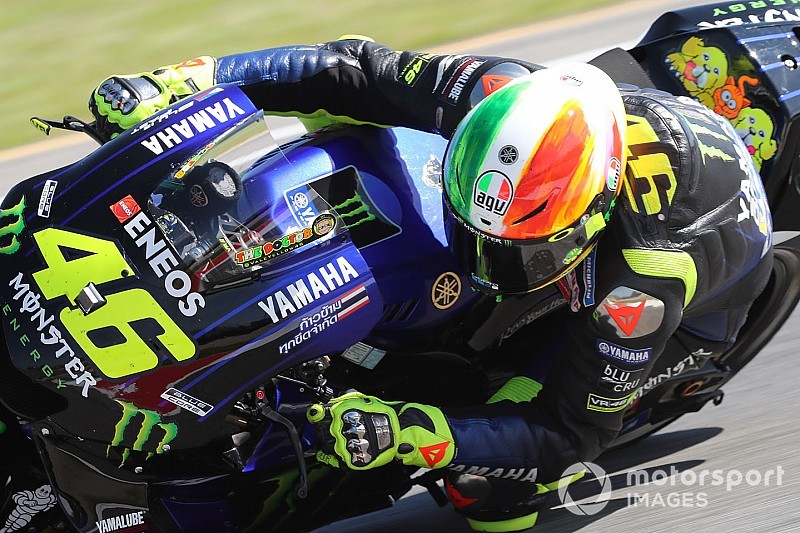 Yamaha MotoGP rider Valentino Rossi said that an issue with his brakes in Saturday morning's third practice session was the catalyst for him qualifying 18th for his home grand prix at Mugello.

Rossi was on course to set a top-10 laptime at the end of FP3, but ran off-track as a result of an issue with the front brake at the final turn of the circuit, leaving him 13th in the order.

That meant he had to compete against the likes of Andrea Dovizioso, Michele Pirro and Alex Rins in Q1 and he ultimately only qualified 18th, his career-worst grid position at Mugello in MotoGP.

Rossi said that he expected this weekend to go better - and having had the chance to make Q2 directly in FP3, he felt his off was "the key moment" of the day.

"Sincerely I expect to be stronger because last year was a good weekend for us and we improve in some areas but we're struggling very much from yesterday," said Rossi.

"Today we took a good step and in the FP3 I was pretty fast.

"I was quite happy and the strategy of this morning was right: in the last lap I was doing a time that would allow me to enter Q2 directly, which was our goal of course.

"Unfortunately from Biondetti to Bucine [corners] I moved a lot and I arrived at the last braking 'without brake', with the lever that touched the handlebar, and then I ended up wide.

"This was the key moment for us today because after on Q1 we have a lot of fast riders, especially Dovizioso and Pirro.

"I try but anyway already in the afternoon in FP4 I was more in trouble so I was not very strong.

"I know it is difficult in the Q1, after we wait, because I need one slipstream but in the end, I have to start very much on the back."

Suzuki's Alex Rins was another rider to continue his poor qualifying form as he was beaten by the Ducatis of Dovizioso and Pirro in Q1.

Rins was second in the first half of the session but couldn't improve at the end, the Spaniard subsequently reflecting on a "strange" qualifying where he and Rossi compromised their last laps.

Both riders tried to avoid running ahead of the other and as a result both ended up missing out on a fast lap as the clock ticked down.

"The qualifying was a little bit strange," said Rins, who said the situation was similar to a cycling sprint race.

"For sure we improve 0.6s compared to FP4, this was a good laptime [but] not enough because we knew even in the second position in the first part of Q1 that we need to go one step more.

"But sincerely [riding] alone is difficult in this track and especially with our bike that we lose a little bit on the straight.

"Anyway I tried to go with Valentino, I don't want to be [in front of] to him, because he was able also to put me out from Q2.

"Basically in the end he was closing a lot the gas, waiting, waiting, like me, and we are out from Q2." 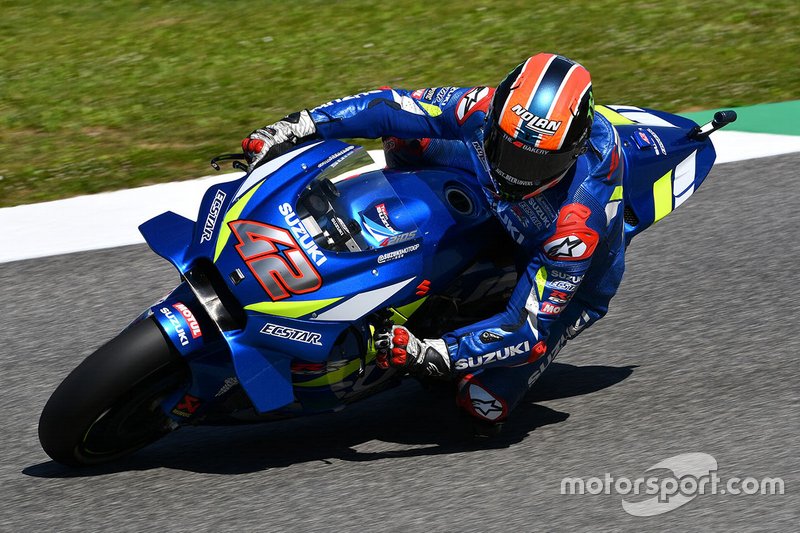