Valentino Rossi caused a stir in the pre-event press conference for this weekend’s Misano MotoGP race by refusing to shake hands with arch-rival Marc Marquez. 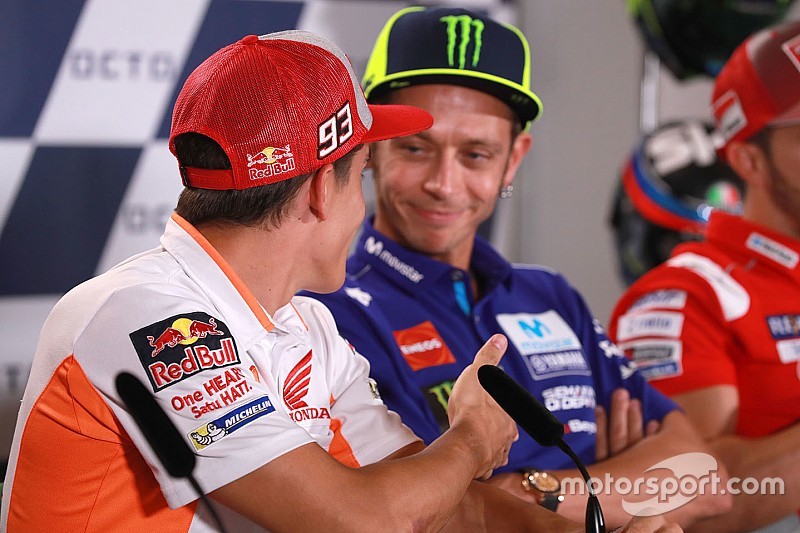 Rossi and Marquez have famously been bitter enemies since their on-track clash at Sepang in 2015, which stemmed from Rossi’s belief Marquez was riding to assist Jorge Lorenzo in that year’s title battle.

The pair publicly made up in the aftermath of Moto2 racer Luis Salom’s death at the Catalan Grand Prix the following year, shaking hands on the podium.

However, their relationship arguably reached a new low point following the Argentina race this year, where Rossi felt Marquez had deliberately hit him and caused him to crash.

Marquez tried to apologise in the wake of that incident, only to be confronted in the Yamaha garage by Rossi’s long-time associate Uccio Salucci, with the Italian himself later labelling such efforts as a PR-motivated “joke”.

In an interview with Italy’s TV8 ahead of this weekend’s Misano race, Marquez was quoted as saying: “I would like to make peace with him, I don’t have any problem with Valentino.

“When we were in Argentina everything was calmer, and I made an error and it was unlucky for Rossi, but I tried to apologise.”

Rossi was then asked about what Marquez had said in the Thursday press conference, and whether he wanted to “make peace” as well.

“Yeah, I heard this, but I don’t know – it sounds to me a bit strange," said Rossi. "Because in reality we don’t have any problem.

Marquez was then asked in turn about these remarks, leading to the handshake snub.

“For me it’s nice, and of course for me it’s no problem to shake hands,” said Marquez, who then outstretched his right arm in Rossi’s direction.

That gesture was met with a shake of the head from Rossi.

“It’s like this,” continued Marquez. “What can I say? Already second time. No problem, I will race the same.”

Rossi then reiterated: “We don’t need to shake hands, we are ok. We don’t have any problem.” 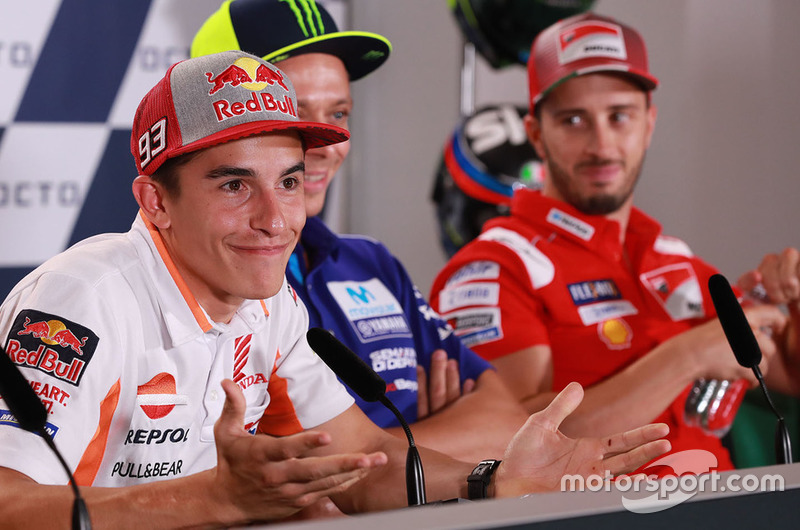