Yamaha rider Valentino Rossi says he is “very upset” about a mistake in his pit box that has consigned him to 12th on the grid for MotoGP’s British Grand Prix. 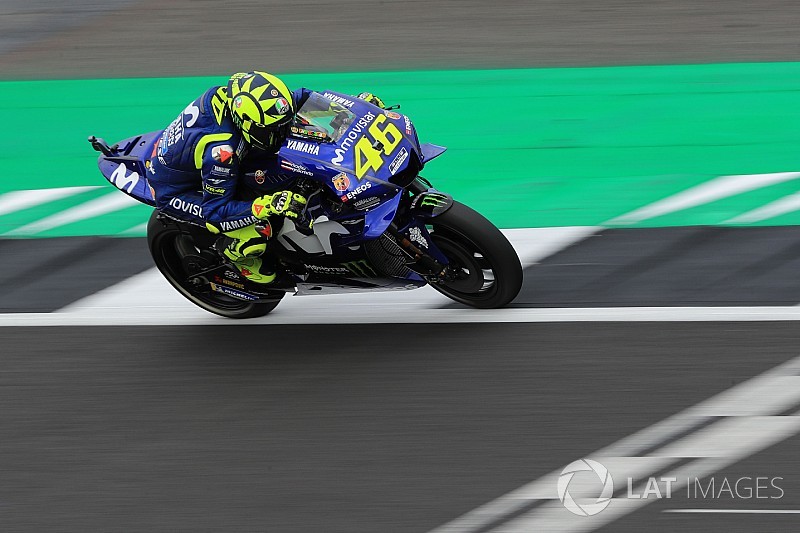 Rossi was slowest of all in the delayed Q2 pole shootout, which was affected by rain, as he failed to leave the pits in time to start his final flying lap.

The Italian said he missed out on being able to set a time by two seconds, and that the lap he completed anyway would have put him fifth and on the second row of the grid.

“I was very upset because this time we had the good strategy,” recalled Rossi.

“We were a little bit tight but unfortunately we made a mistake in the box and we lost too much time to change the rear tyre, and I take the [chequered] flag for two seconds.

“The strategy was ok, we had the right tyres, but we did a mistake in the box and we were a little bit unlucky. So we have to start from the fourth row, it will be more difficult.”

Heavy rain is forecast for Sunday, with safety concerns prompting organisers to reschedule the race and hold it before the Moto2 and Moto3 support events.

Rossi said his feeling in the mixed conditions of qualifying was “not so bad” but admitted that Yamaha must “work more” to optimise the M1 in the case of worse weather.

Teammate Maverick Vinales was only 11th fastest, despite leading a fourth practice session that took place largely in dry conditions until a late rain shower.

“We don’t have many laps in the wet with this new set-up so we need many laps to understand the way to go fast,” said the Spaniard.

“It looks like we understand it in the dry but still we need to work more for the rain.

“If it’s wet [on Sunday] we’ve got to work on the warm-up, still I think we can improve it at least to feel more competitive.”