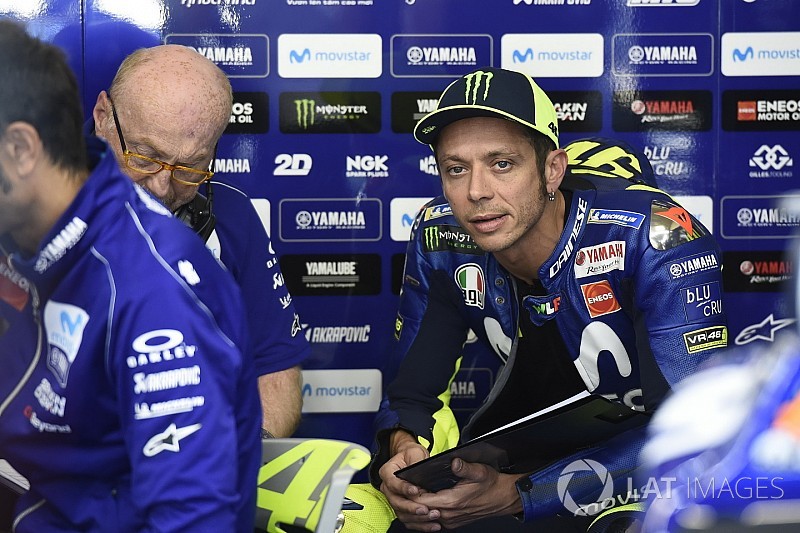 Valentino Rossi has denied reports linking him with the crew chief of his Yamaha MotoGP teammate Maverick Vinales, Ramon Forcada.

Amid tensions between Vinales and Forcada, Spanish media had suggested Rossi wanted to bring Forcada over to his side of the Yamaha garage to replace existing crew chief Silvano Galbusera.

However, speaking on Thursday at the Sachsenring, Rossi dismissed this notion, reaffirming his commitment to Galbusera - who replaced the long-serving Jerry Burgess as his crew chief in 2014.

"I don't know where this story regarding Forcada came from, because I feel very good with my team, with Silvano," Rossi said. "I enjoy working with them a lot, we have been on a nice journey together.

"[Galbusera] helped me become quick again, he helped me to understand our bike better, I think I'll stay with him as long as I continue riding."

Rossi did however suggest Forcada - who had been targeted to become Dani Pedrosa's crew chief next year before the Spaniard opted instead to retire - could join forces with Franco Morbidelli in 2019.

"It would be nice if Forcada worked with Morbidelli," he added. "But for now it's just a thought. He would be a good crew chief for Franco, but for now nothing is settled."

Having paid tribute to the retiring Pedrosa's achievements, Rossi lamented the fact the Honda rider wouldn't be joining the Yamaha camp and sharing his knowledge of the RC213V.

"For me, having Pedrosa at Yamaha would have been significant, because he's a strong rider," he said.

"Of course, he can beat you, but on the other hand he can tell you some things about the bike.