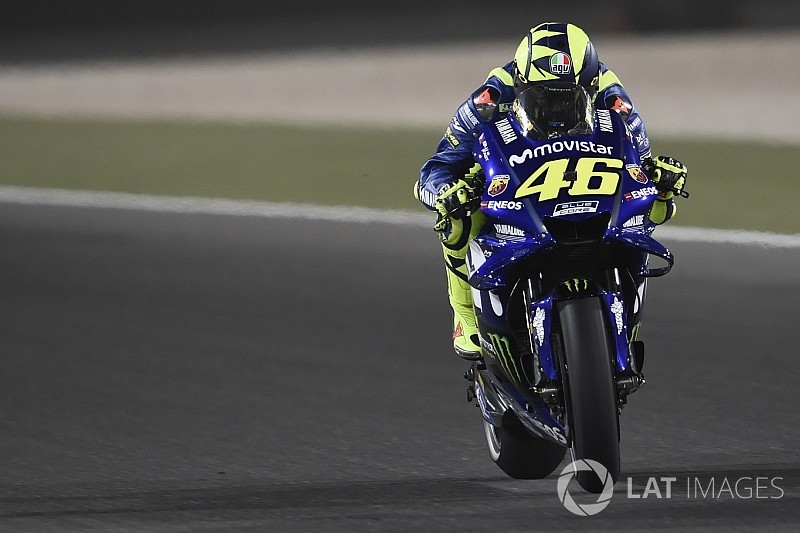 Yamaha needs to invest more resources into fully getting on top of its electronics problems to stay competitive in MotoGP, believes Valentino Rossi.

The 39-year-old, who recently signed a fresh two-year contract with Yamaha that keeps him racing until the end of 2020, opened his 2018 campaign earlier this month with a third-place finish in Qatar.

It followed a mixed winter of testing for the Iwata marque, during which Rossi repeatedly expressed concerns about the M1's electronics and even said Yamaha would be "relying on fate" in the early rounds until it could find a fix.

Despite a better-than-expected start to the new season, Rossi still feels rear grip is an area where Yamaha is lagging behind rivals Honda and Ducati, even if the problem is not as severe as last year.

He urged his employers to ramp up its efforts in the electronics department to solve the issue.

"What Ducati and Honda have done better is they spent more time, with more people and more money on electronics, and this is where we suffer," Rossi told Gazzetta dello Sport.

"Yamaha needs to understand this and quickly make up for this. I think we understand it now, but we are still behind.

"For these areas, working groups are needed to try and get the most out of them. Maybe Yamaha made a mistake in this area.

"There will be tracks where we will suffer with rear grip and we will be behind the others and we have to work hard. But I hope and believe that with the 2018 version we will suffer less with this."

Rossi expressed confidence that he and teammate Maverick Vinales can at least "have a shot" at the 2018 title using a chassis based on the concept of the 2016 frame.

"Last year we lost the 'good' part of our bike, we only had issues without the good things," added the Italian. "Now we continue to have flaws but we found the positive things.

"In 2017, Maverick and I finish third and fifth [in the championship], fighting until mid-season. Now we can do more, we are stronger. At least we can have a shot."

Lorenzo "not wasting a minute" on Ducati future worries

Iannone says he is “more mature” than Rins