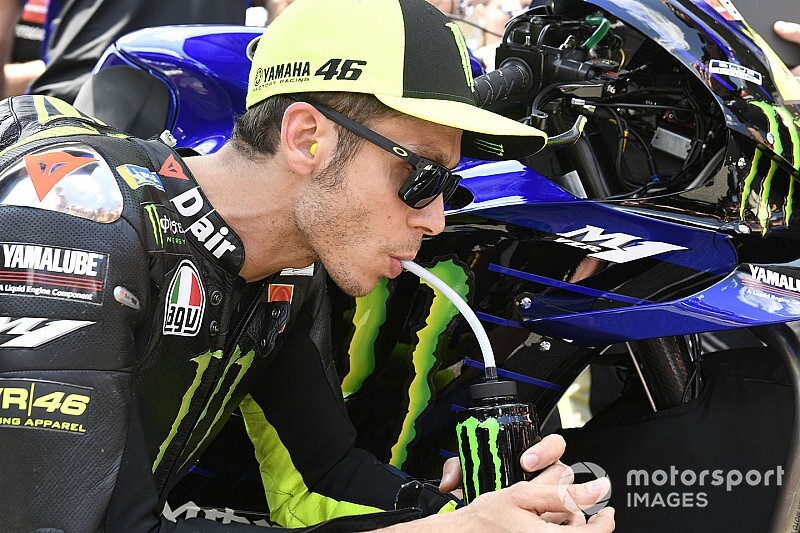 MotoGP legend Valentino Rossi admits he is seeing Yamaha's recurring “problem” of being outdeveloped by its rivals rear its head once more in 2019.

The early promise of Rossi's back-to-back podiums in Argentina and COTA has withered in recent races, culminating in a dreadful home grand prix at Mugello for the Italian in which he qualified a lowly 18th and crashed out of the race.

With Rossi's factory teammate Maverick Vinales also unable to consistently run at the front, Yamaha is now faced with a third successive season in which it looks unlikely to mount a lasting MotoGP title challenge.

Asked about Yamaha's trend of losing ground after a solid start to the season, Rossi said in Mugello: “I think this happen in '16, '17, '18 and also now.

“But after, when the others fix the problems, for us it becomes more difficult.”

Rossi reiterated that he felt Yamaha has not made much progress since the start of MotoGP's Michelin era in 2016.

“For me until the first half of the '16 maybe the Yamaha was the stronger ride of the grid. With Bridgestone [tyres] in '15 I fight for the championship with [then-teammate Jorge] Lorenzo and both we did more than 320 points. It means if you look the manufacturers' it's been 650 points, is an incredible amount.

“But after, from the second half of '16, the others made huge improvements - and it looks like we are delayed because in the last years, sincerely, if you look our performance, our laptime, we are more or less the same. For me this is a problem.”

Rossi has felt more comfortable with the 2019-spec version of the M1 bike than its predecessor, yet has been hampered by a growing top-speed deficit to rival bikes.

And given his form in the last few races, the Italian admitted he does not expect to be challenging for a podium in the next race in Barcelona.

“I love Catalunya but also Mugello and also Le Mans, Assen also. These in the moment are the tracks that I prefer," he said.

"What we can do is remain concentrated and try to not make mistakes during the practice, maybe a lot of time we try different things because also we are the factory team so I want to try to improve the bike.

“Maybe stay more focused and try the maximum - but for me with this situation it's very difficult to fight for a podium also in Barcelona.”