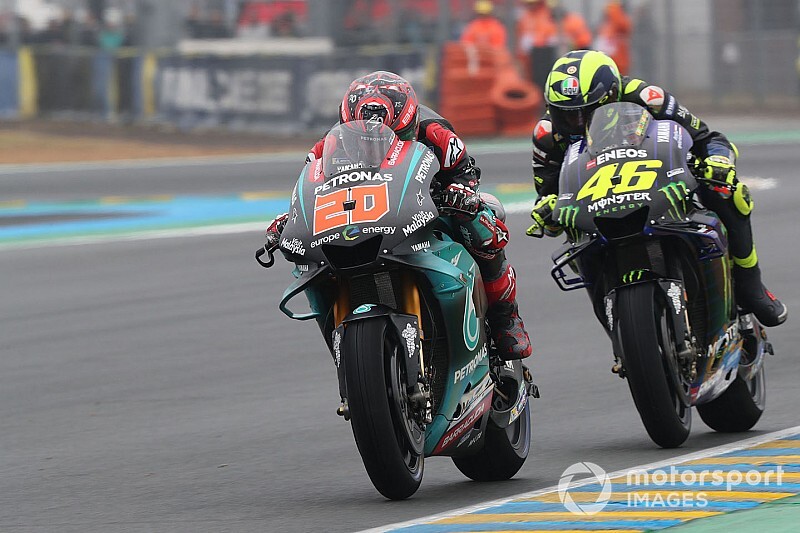 Valentino Rossi says his MotoGP employer Yamaha will pull out all the stops to keep Fabio Quartararo beyond 2021 if it's not "crazy".

Speaking after the Thailand Grand Prix, in which Quartararo was narrowly denied a maiden MotoGP win by champion Marc Marquez, Rossi acknowledged it was "very important" for Yamaha to retain Quartararo for the longer term.

Logic dictates that this would require a promotion to the factory team in 2021, which would have to come at the expense of either Rossi or his teammate Maverick Vinales.

"I expected that he can be very fast, because he was always very fast from when he was young, but nobody expected like this.

"So he did something special, and I think that next year everybody want to try to take Quartararo on their bike.

"And '21 for sure Yamaha will want Quartararo, if it's not crazy."

Fellow Petronas rider Franco Morbidelli, who had been overshadowed by Quartararo this season, admitted that while he felt he was "doing a good job", his teammate was "doing unbelievable".

"He is very fast, he is strong, he doesn’t make mistakes," Rossi said of Quartararo.

Speaking in Thailand, Ducati sporting director Paolo Ciabatti told DAZN that the manufacturer was yet to hold any talks with Quartararo, as it was happy with its current works line-up of Andrea Dovizioso and Danilo Petrucci.

Ciabatti added, however: "At Ducati we are always attentive to the market, and as always, we follow the riders that can be interesting [options] for the future."

Miller "disappointed in myself" after kill switch error

Espargaro: "Impossible" comeback worth it for three points