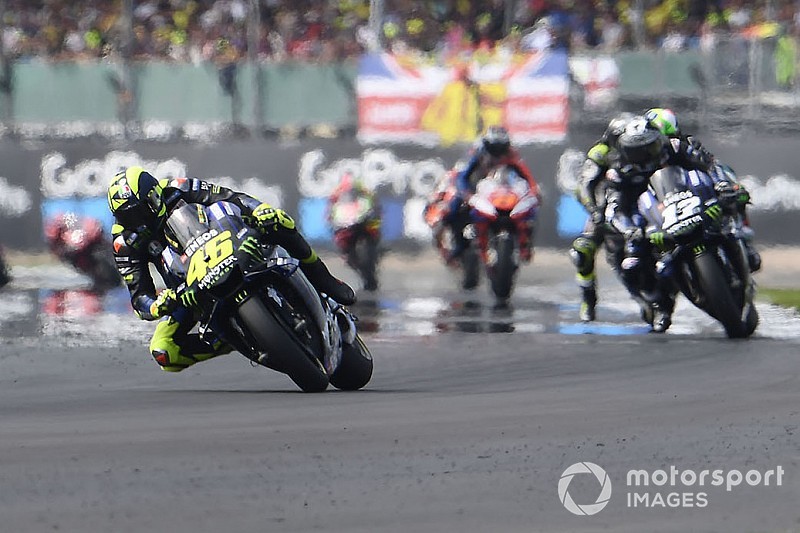 Valentino Rossi says he was unable to capitalise on his second-place MotoGP British Grand Prix starting spot after an early tyre issue resigned him to a distant fourth.

The Yamaha rider ran with Honda’s Marc Marquez in the opening laps, but was quickly usurped by eventual race winner Alex Rins on the Suzuki and his Yamaha teammate Maverick Vinales.

Rossi ended up 10 seconds adrift of the podium battle in the end due to his “very damaged” hard rear tyre – though he feels this was more a set-up issue than a Michelin problem.

“My tyre was very, very damaged at the end, like Cal [Crutchlow’s] and Jack [Miller’s], also Franco [Morbidelli’s] I think a little bit,” said Rossi.

“For me I think it is more our problem, because unfortunately compared to Maverick and [Fabio] Quartararo we suffer always a bit more with the rear grip.

“Looks like today it was hotter and I had more problems compared to Maverick for example, because Maverick on Saturday did a lot of laps on this tyre and the pace is exactly the same as today.

“I was good [on Saturday], I was more like Maverick, but today it [the problem] was more for us. We need to understand the way to save more the rear tyre to suffer less.”

Crutchlow was just over seven seconds back of Rossi in sixth, behind Morbidelli's satellite Yamaha, after battling a rear tyre issue similar to the one he had earlier in the season at the Italian Grand Prix. 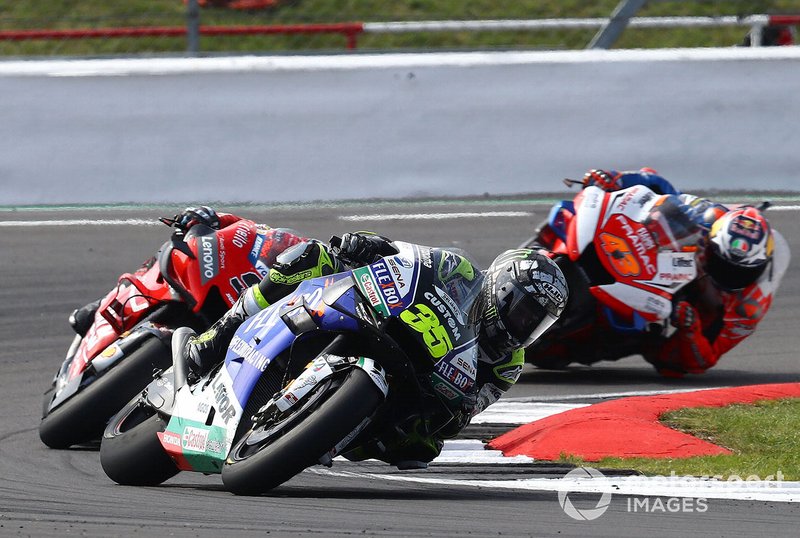 Asked by Motorsport.com if he suffered a similar chunking issue like the one he experienced at Mugello, he said: “I can’t tell you, we’ll be in trouble."

The Briton went on to call the disparity in laptime between himself and seventh-placed Danilo Petrucci “just ridiculous” and felt without the problem he could have fought the works Yamaha riders.

“There’s no way in the world Petrucci can be one-and-a-half seconds faster at the end of the race than us. That’s nothing against Danilo – he’s obviously a great rider – but the difference is just ridiculous.

“Some tyres held up, some didn’t. You saw some of the guys really in trouble as well, but I knew from lap one I didn’t have the grip underneath me to be able to battle.”

Pramac Ducati man Miller was also reticent to go into detail of his tyre issue, but said: “[The tyre] wasn’t really there to begin with, to be honest.

“Already first flying lap coming around on the front straight I watched Cal and Morbidelli pour smoke off their rear tyre and just pulled out this massive gap, and I was like, ‘Holy s***, what am I doing wrong here?’

“I was trying everything which way and the other just to get traction through there, but I wasn’t able to do it.” 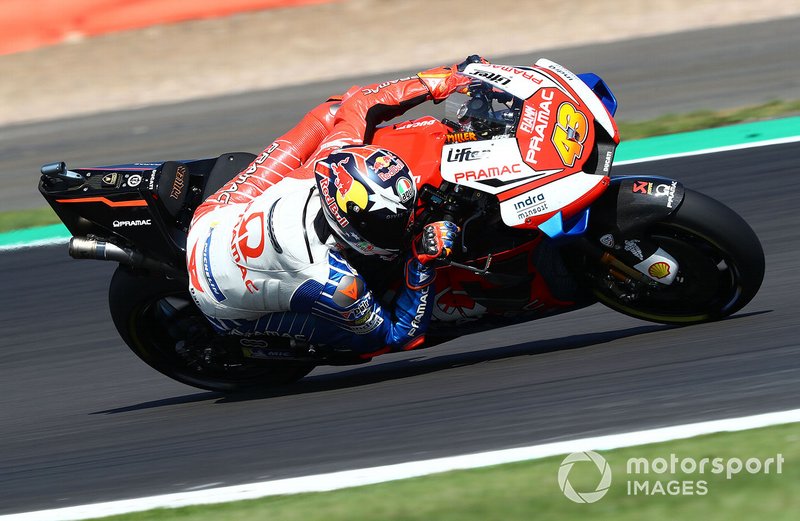 Zarco gets grid penalty for wiping out Oliveira