Valentino Rossi says he is not fully convinced by the new types of engine Yamaha brought to MotoGP's post-season test at Valencia, as his pace was "not fantastic" with either unit.

The Iwata factory brought two different types of engine to this week's post-season test for both factory riders Rossi and Vinales to sample, and they will continue to compare them in next week's Jerez test.

Vinales topped the timesheets on both days at Valencia, while Rossi dropped from third on day one to ninth on day two, six tenths of a second behind his teammate.

"We have a slightly different engine to understand and we tried [them] back-to-back, but sincerely [there is] not a big difference," Rossi told media on Wednesday. "I feel very similar.

"[On Tuesday there] was more difference compared to last year, I mean to the race, but the engine of [Wednesday] is very similar to the engine of [Tuesday].

"We will continue with this material in Jerez, it's another track so it's interesting try to understand and decide which one is the best and give some indication to Yamaha.

"Anyway with the new tyre we are not so bad but after some lap we suffer more and our pace is not fantastic.

"For Jerez we will have the same engines, so we have to try just the same procedure also in Jerez, try to understand which one of the two can be the best and after wait for February [testing]."

Rossi suggested that Yamaha could still introduce another unit if neither of the engines it is working with this month prove satisfactory.

"We have time also for another [spec], but I don't know the plan for Yamaha, if it is this or in February they can bring something better," he said.

Vinales, whose Wednesday running was disrupted by a crash, said the Valencia test was inconclusive in terms of determining which of the two engines was better.

But he cautioned that the "aggressive" engine character that has made Yamaha's life so hard in MotoGP this year was still noticeable.

"It's very difficult [to compare the engines]," said Vinales. "I could not be, let’s say, 100 percent sure which engine is better. I think it’s better to try in Jerez and be more precise.

"Here was difficult because the track changed a lot, especially the last few minutes was very slippery, so… I’m just curious to see. I didn’t try nothing on the set-up and I felt we can make a big step.

"The bike is working when the track is slippery, it’s a really good point. There’s still a lot work to do on the top power to make it smoother, because it’s still aggressive and I lose a lot of traction." 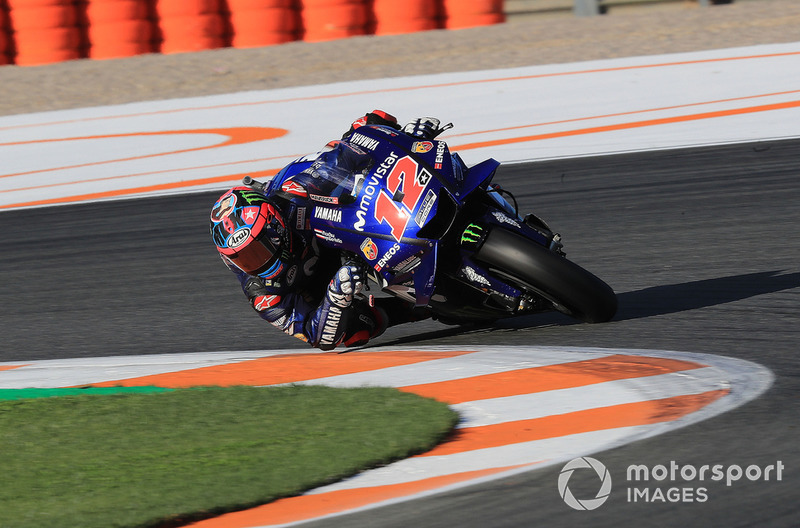