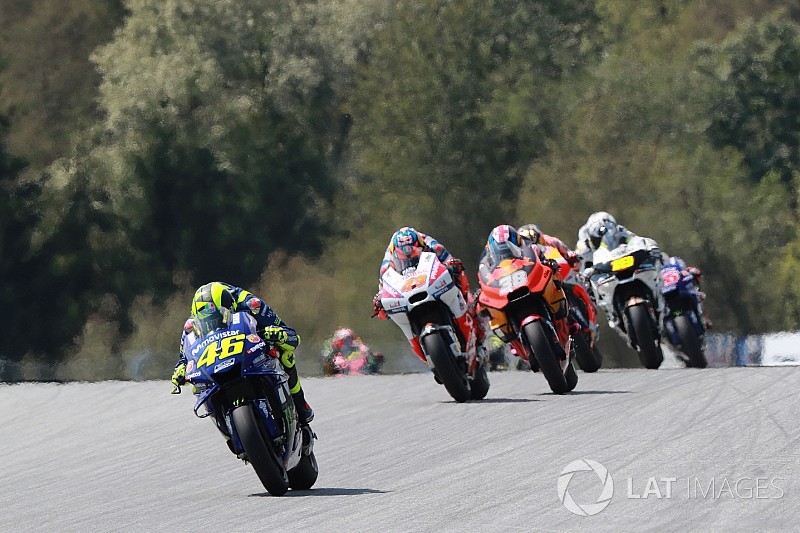 Valentino Rossi reckons his "character", as well as having more experience, is what is helping him deal with Yamaha's ongoing issues better than MotoGP teammate Maverick Vinales.

Yamaha's winless streak is now up to 22 races after the Austrian Grand Prix, a slump caused mainly by the Iwata manufacturer's electronics problems and subsequent poor rear traction.

While Rossi's consistency means he is currently second in the standings, Sunday's Red Bull Ring round marked the first time this year he failed to finish in the top five on merit, as well as his first failure to qualify direct for Q2.

But the Italian still took sixth, up from 14th on the grid, while Vinales was a lowly 12th, the Spaniard now falling 29 points behind Rossi in the standings.

Vinales' season has also been disrupted by the fallout surrounding his decision to part ways with his crew chief Ramon Forcada at the end of 2018.

When asked why he is handling this period better, Rossi said it is a combination of his experience and character.

"For me, is a question of experience because I pass through a lot of bad periods [in my career], more than Maverick, who is a lot younger than me," said Rossi. "But it's also character."

However, Rossi believes that Vinales will be back to winning ways once the bike improve.

"I am sure that if the bike makes the step, Maverick can win the next race," he added. "He did not lose [anything], or he is not able to ride anymore.

"He just needs a better bike and after he can be more competitive [from] the next practice, for sure."

While Rossi admitted that he did not have the pace of the top four in Austria, he said he enjoyed fighting through the field regardless from his worst starting spot since the 2016 Australian GP.

"This weekend we suffered a lot, is not easy, but at the end in the race I also enjoyed because I did a lot of overtaking, nobody overtook me," he said.

"If I can start a little but more in front I also can fight with Petrucci for the top five. Unfortunately already from [fourth-placed Cal] Crutchlow, they were faster than me, but I think that depends very much on the track.

"At some tracks, maybe we'll suffer less, like Silverstone, Misano [the next two tracks on the calendar]."