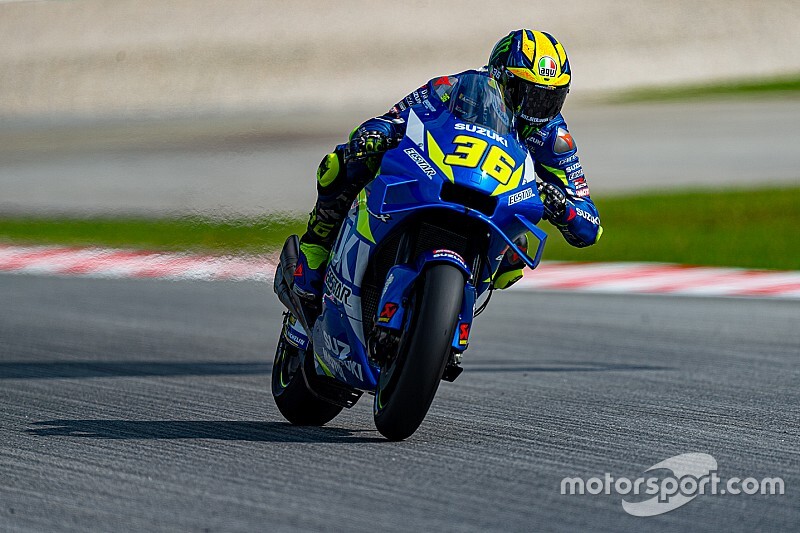 It was Morbidelli that spent the majority of the session on top, a 1m59.922s setting the early pace before he improved with a 1m59.832s.

Mir then took over with a two-lap stint inside the last few minutes, the Spaniard jumping to the top with a 1m59.747s followed immediately by a 1m59.516s.

That left him three-tenths clear of Morbidelli, Vinales slotting in between the pair with a 1m59.784s right at the flag.

It's the first time all weekend that a Petronas SRT rider hasn't topped a session.

Following his spectacular qualifying shunt, Marc Marquez fell just short of overhauling Morbidelli with a 1m59.857s on his final run.

Andrea Dovizioso was fourth-quickest, while weekend-long pacesetter Fabio Quartararo was a quiet fifth.

Valentino Rossi was seventh, slowest of the Yamahas, as Jack Miller, Pol Espargaro and Cal Crutchlow rounded out the Top 10.