In the second installment of free episodes from Motorsport.tv's Duke archive, relive a farcical 1989 US Motorcycle Grand Prix which offers a stark reminder of how far MotoGP safety standards have come.

The 1989 American Motorcycle Grand Prix isn't history's most significant race, but a re-watch of the event offered up a grim reminder of what MotoGP used to be like.

The 500cc American Grand Prix was round three of a 1989 season that was already shaping up to be a year of intrigue. Reigning world champion Eddie Lawson had made the shock switch from Yamaha to Honda in pursuit of his fourth 500cc crown, and it was a move proving to be something of a misstep to onlookers.

The NSR500s wayward front end was causing its riders problems, and Lawson's opening rounds were a mixed bag. A podium in the season-opener in Japan was followed up by a fifth place finish in Australia, while team-mate and 1987 world champion Wayne Gardner managed to get the Honda onto the top step of the podium at Phillip Island.

A brace of seconds from the first two rounds gave Roberts Yamaha rider Wayne Rainey a slender championship lead of a point heading to his home venue at Laguna Seca.

Laguna Seca made its debut on the calendar the year before, and was met with widespread criticism for its poor facilities. Little had been done to doll up the Californian venue in the time between, with a bit of resurfacing the only change, while a pit complex was absent. As a result, teams were forced to operate out of tents as if they were racing a club event at Cadwell Park, rather than at a supposedly-world class circuit in one of the most prestigious championships in motorsport.

The weekend was to be farcical, and the tone had been set on the run-up to the event. A strike from air traffic control workers in Australia meant the paddock's machinery only arrived at Laguna Seca three days before practice was due to get underway.

As practice and qualifying wore on, complaints about safety – or lack of it – and poor marshalling sparked from the paddock. Laguna Seca is a dangerous circuit even in its modern form - back in 1989, the measures of a thin wall of haybales in front of solid concrete walls were hardly confidence-inspiring. 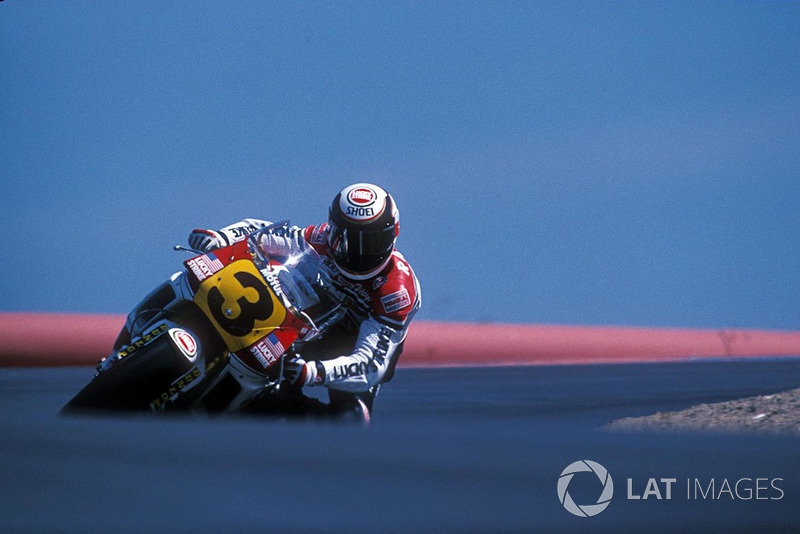 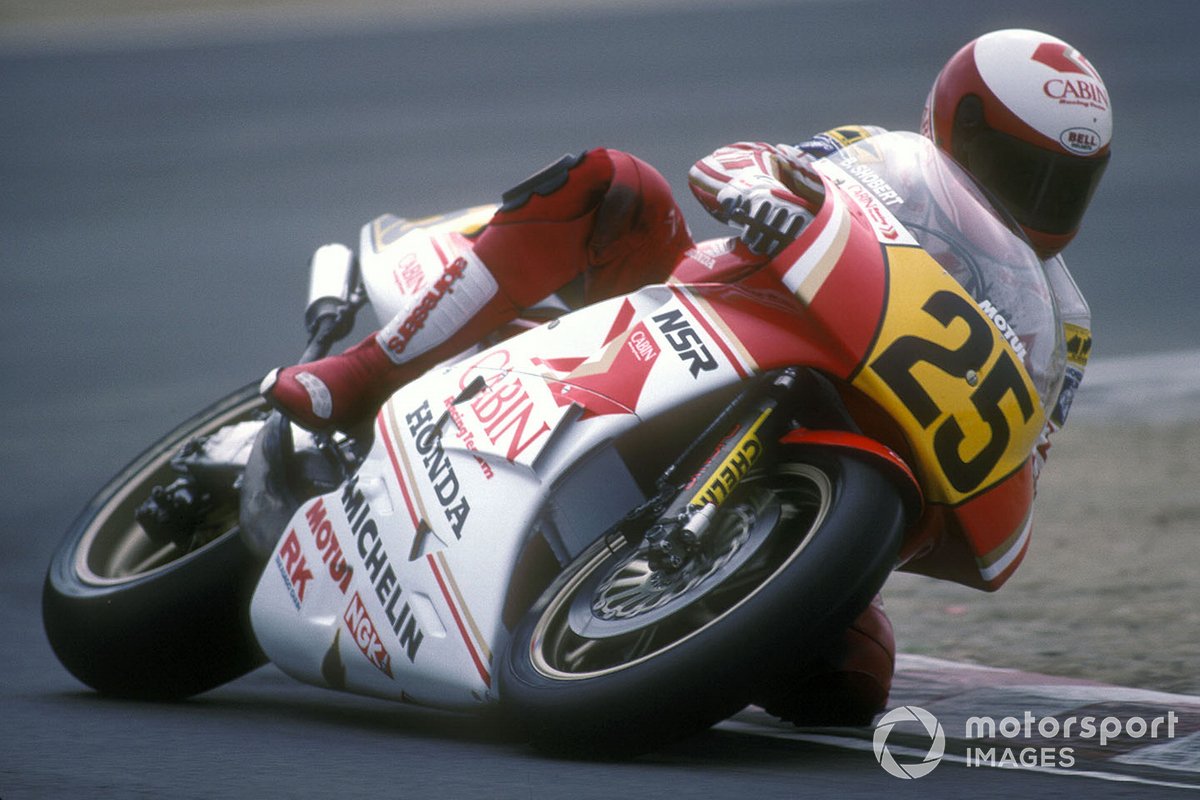 Rainey (above left) had put his Lucky Strike-backed works Yamaha on pole for a race few were looking forward to. A 40-lap contest lay ahead of the field, which didn't sit well with the riders and teams. A circuit heavy on fuel consumption, there were serious doubts on even making the finish. Indeed, Rainey and team-mate Kevin Magee elected against a warm-up lap, such was their worry about running out of fuel.

Magee in fact did suffer fuel starvation going onto the final lap, dropping him out of third place and handing the position to the Rothmans Honda of Lawson.

Bizarrely, Magee then stopped his YZ500 on the cool-down lap to do a burnout. Unsighted, Bubba Shobert – the AMA Superbike champion in only his third 500cc race (above right) – slammed into the rear of McGee in a horrible accident.

Shobert lay motionless trackside as a helpless Lawson, whom Shobert had been congratulating when the accident happened, tended to him. Shobert would be in a coma for a month, and although he did recover from his injuries, he would never race again. Injury would force Magee out of the following rounds in Spain and Italy.

Rainey darted off from pole and would come under no threat all the way to the chequered flag to secure his first win of the season, moving him into a 13-point championship lead. Kevin Schwantz made up for his crash in Australia with second on the Pepsi-backed Suzuki while, as mentioned, Lawson salvaged third. The damage limitation of those early rounds would ultimately lead Lawson to his fourth and final 500cc championship.

Honda team-mate Gardner had endured a bruising weekend. Trialing carbon brake technology, he crashed into another team-mate, compatriot Mick Doohan, in practice. He would ditch the material for the race, and would contend for the podium in the early stages.

But Gardner's season would come off the rails when he crashed heavily and broke his leg exiting the Turn 5 left-hander. In clips which utterly horrified this writer, an ambulance entered the circuit while the race was still ongoing - with no apparent yellow flags being waved. The sight of 200mph 500cc machines racing past a thick steel box, ironically there for the riders' wellbeing, leaves a sick feeling - not least for the fact it displayed the flagrant disregard for riders the GP organisers seemed to have back then.

So under-equipped were circuit medical staff that Gardner's leg had to be held in place with cardboard as a splint wasn't available. It's a far cry from the modern days of the paddock's own - and vital - Clinica Mobile.

Over the next 30 years, that horrible 1989 weekend at Laguna Seca would thankfully become ancient history as advancements in rider and circuit safety, as well to the way grand prix organisers operated, were made.

In 1998, when the Buenos Aires circuit failed to make the necessary track improvements requested by MotoGP promoters Dorna Sports, the event was struck from the calendar just weeks prior.

Dorna held Catalunya to ransom to make the relevant safety changes to the circuit in the wake of Luis Salom's tragic death during Moto2 practice in 2016. Rider safety was put before the show at Silverstone in 2018, when a track surface unable to drain water led to the cancellation of the British GP, while Silverstone was forced into another expensive resurfacing to make it viable for the 2019 race.

Watching classic races is a wonderful experience. It's a thrill to see legends of the day on iconic machinery pushing a very fine limit. But watching back races like the 1989 American GP is a stark, and often needed, reminder of just how fortunate we are that those days are long gone.

Aprilia has revealed Aleix Espargaro has been diagnosed with a heel fracture following his violent 185km/h Silverstone MotoGP crash.

MotoGP has announced the provisional dates for 2023 pre-season testing, with three days in Malaysia in February followed by two in Portugal in mid-March.