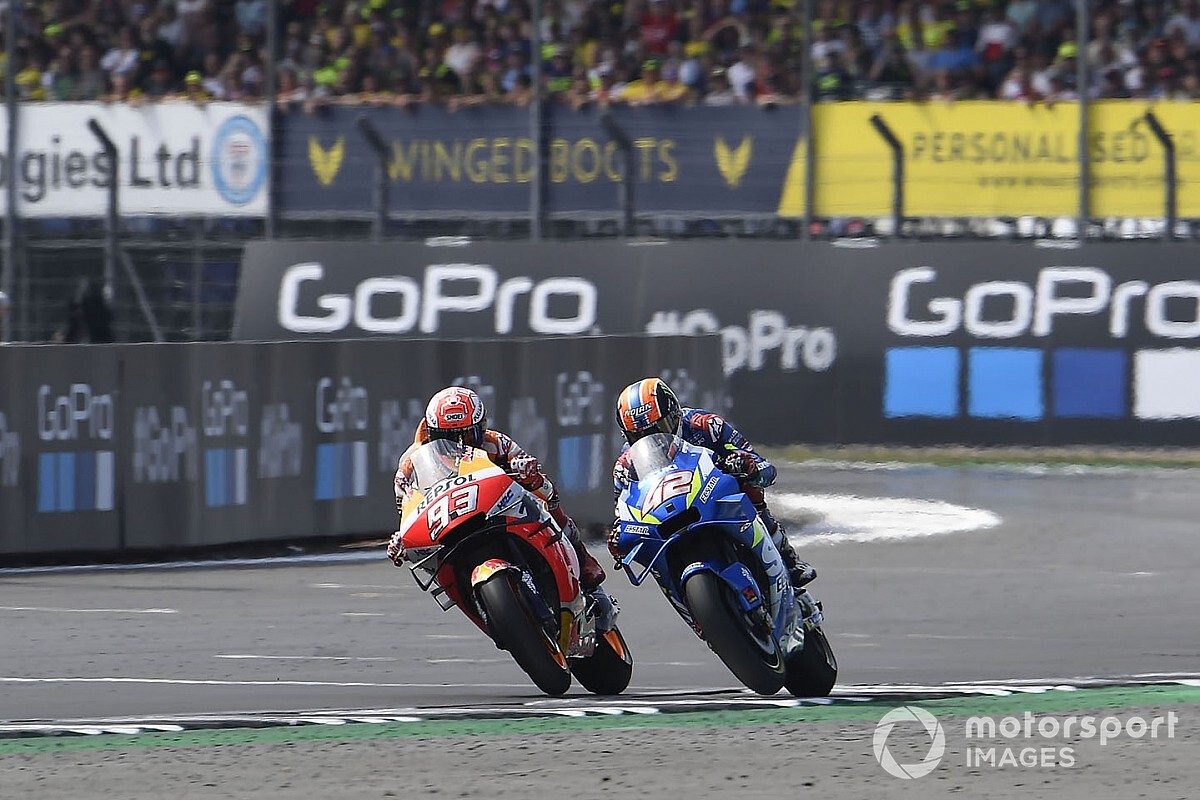 Silverstone's Stuart Pringle says he would be "very disappointed" if the venue lost MotoGP after 2021, as he believes "one of the best circuits on their calendar just got better".

Silverstone was the first home for grand prix motorcycle racing on the British mainland when the Isle of Man TT lost its world championship status at the end of 1976.

The circuit returned to the calendar full time in 2010 after a 23-year hiatus when the British Grand Prix moved to Donington in 1987, and has been a mainstay since.

Silverstone's current agreement with MotoGP was extended to the end of 2021 last year, though there won't be a race this season owing to the coronavirus pandemic.

This will be the second time in two years that MotoGP at Silverstone has had to be abandoned, after drainage issues with the new surface in 2018 led to the race's cancellation.

The circuit was resurfaced again last year, with Pringle noting that drainage has been improved further in 2020 - and that, coupled with Silverstone's facilities, shows "we're capable of retaining the championship".

"We've only got one more year in our contract," Pringle told Motorsport.com when asked if MotoGP will return in the future.

"But they [Dorna Sports] are indeed generous with their praise for Silverstone as a venue that suits their motorcycles.

"Crikey, the race last year, with two bikes separated by less than two tenths or whatever it was (Alex Rins beat Marc Marquez by 0.014s).

"I mean, it was on the line, it was half a bike length. The racing is great, consistently some of the best races on the calendar.

"Operationally, we are certainly one of the easiest venues to deal with because of the sheer scale.

"That paddock doesn't get any smaller in terms of the kit and equipment they're trying to fit into it."

He added: "Since the resurfacing we've done 24 separate interventions to improve the drainage still further from along the edges of the track.

"Some of which we've been able to do really very efficiently because the bloody thing has been shut for 12 weeks.
"So we've been able to really hit that side of things. It's been a really positive side to this enforced closure, being able to tackle the maintenance programme very thoroughly.

"But I will be very disappointed if we don't retain MotoGP for the future.

"One of the best circuits on their calendar just got better and the facilities - such as the hotel [being built opposite the Wing], the family entertainment bought to us by the Silverstone Experience museum.

"All of these things add up to say that we're capable of retaining that championship."

The decision to cancel this year's British GP came ahead of Dorna firming up its revised 2020 calendar, though Pringle insists this wasn't made "too early" and that it was "entirely sensible" given the uncertainty surrounding COVID-19 in Europe at that time.