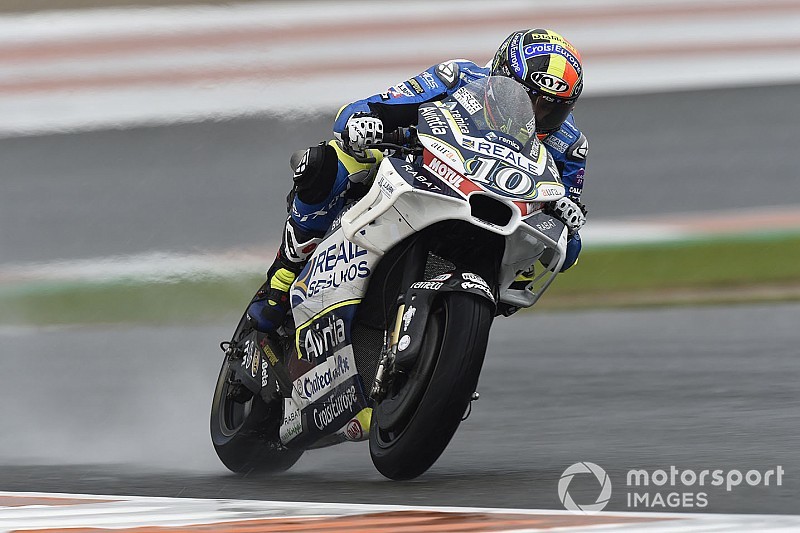 Avintia Ducati rider Xavier Simeon will not take part in his final MotoGP race at Valencia, having been declared unfit after a couple of crashes in Friday practice.

Simeon crashed at the end of FP1 and had to be escorted off-track by marshals, the Belgian then going to hospital with a suspected concussion.

He ended up taking part in FP2 and took a promising 11th, even though he fell again at Turn 12.

Simeon has been subsequently declared unfit ahead of Saturday's running, and the Belgian will miss the final race of his rookie season as a result.

It continues the streak of injuries for Avintia Ducati, with the team's main rider Tito Rabat still recovering from breaking his leg at Silverstone, and even his replacement Jordi Torres having to miss Sepang last time out due to a hand injury.

Simeon will end his rookie MotoGP campaign with a single point collected at Phillip Island, the 29-year-old failing to make a big impression in 2018.

He's been unable to find a ride on the 2019 MotoGP grid, but will continue with Avintia for the inaugural MotoE campaign alongside Eric Granado.

Why Valencia testing is the best and worst for MotoGP riders