Aprilia test rider Bradley Smith has been hit with a three-place grid penalty for his next MotoGP appearance for his collision with teammate Aleix Espargaro in the Catalan Grand Prix. 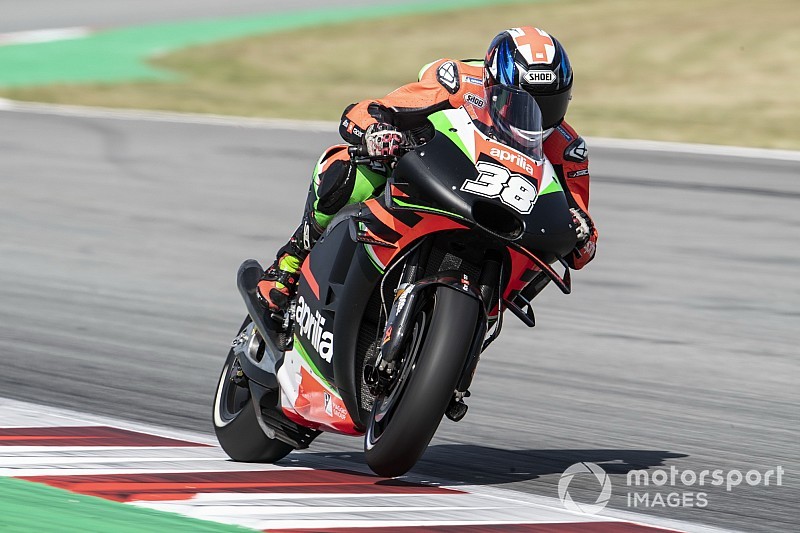 Smith was making his third of five scheduled wildcard appearances on the RS-GP in 2019 this weekend in Barcelona, and was following Espargaro at the start when he highside crashed into him at Turn 10.

The test rider was out on the spot, while Espargaro trundled back to pitlane before being helped off his bike due to a suspected knee injury.

Checks at the circuit revealed no fractures, but he has been taken to hospital in Barcelona for further assessment and was diagnosed with a bone edema in his left knee.

For his part in the incident, Smith has been handed a three-place grid drop for his next race, which is set for the Czech Grand Prix in August – though he could be called up to replace Espargaro at Assen should the Spaniard be declared unfit.

“I'm sorry about what happened today, even more so because Aleix was involved,” said Smith.

“Unfortunately, in that braking section the situation was a bit chaotic, as often happens during the first laps.

“I hope he will have a quick recovery. Right now, we need to work with our full potential to develop the RS-GP.”

Tech 3's Miguel Oliveira was following the Aprilias when the accident occurred, and says Smith was “completely out of the normal line” on the way into the corner.

“Yeah, the situation was simple,” began Oliveira, who finished 12th.

“I was basically mid-track and behind Aleix, and I defended my line to the inside, but at the same time I saw that Bradley was coming completely out of the normal line, very close to the left.

“Obviously I knew he was going to hit someone, so I had to avoid all that and I couldn't cut the track because I was really on the outside of Aleix when I brake.”

Marquez: Lorenzo "not out of control" in crash