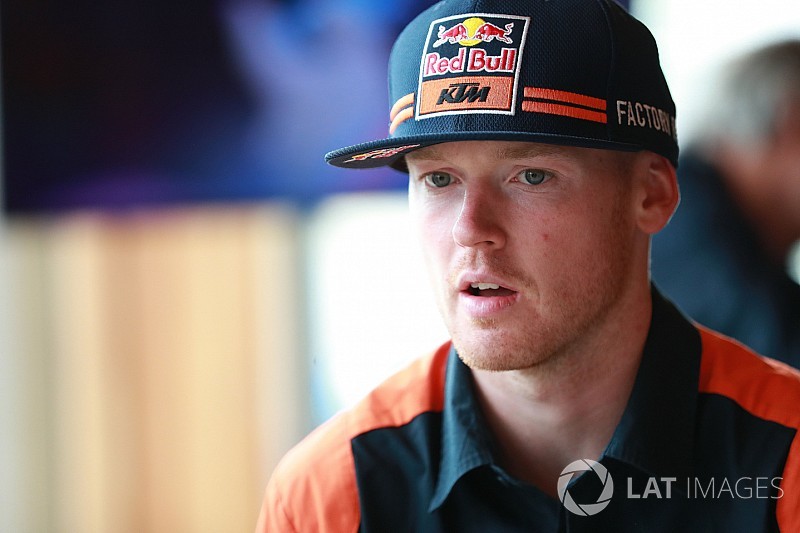 Bradley Smith has emerged as a contender for an Aprilia MotoGP test role next year, and says he wants to make five MotoGP wildcard appearances in 2019.

Smith's six-year tenure in the premier class will come to an end at the conclusion of the current campaign, as KTM will place Johann Zarco as Pol Espargaro's teammate next season.

With the SIC Yamaha seats now going to Franco Morbidelli and Fabio Quartararo, Smith – who originally contemplated retirement – has expressed his desire to take on a test role.

He was originally in contention for that position at KTM, but his stipulation of five wildcard outings in 2019 ruled him out of staying on at the Austrian marque, which is keen to cut back on fielding third bikes next season.

Smith says he is now focused on opportunities either Aprilia or Yamaha, although it's understood the former is a more likely destination, especially as its concession team status means it can field more wildcards throughout the year.

“Still waiting on a few things, it's between Yamaha and Aprilia,” Smith said. “Both options are still available, nothing is signed or sealed, there's no announcement.

“I know what I want, in terms of five wildcards and to be there as a test rider. When the final decisions are available, then that's what I'm pushing for.

“Still waiting for Yamaha to make their final decision and their final plan, but until that happens both are options.”

Though waiting for Yamaha's decision, Smith claims he is “happy” with both options, but believes he has “more to bring” to Aprilia as the YZR-M1 is already a “refined” motorcycle.

“Honestly I'm happy with both options,” he added when asked if Yamaha was his preferred destination.

“At the end of the day I would have liked to have been on the [SIC] Petronas bike, I was pushing for that in the middle of the season, I think it would have been a good opportunity for me.

“But most likely Morbidelli and Quartararo will be signed two-year deals, and they'll probably see those through. So I have to also weigh up, if I want to come back in 2020, where does that sit me.

“I think I have more to bring to Aprilia, because I've been in this development role with KTM and we're bringing the bike up.

“Yamaha is already a refined motorcycle and there's not really a massive amount a test rider can bring to that.

“But do I wanna go back and work a lot, or do I wanna ride an already tuned bike? I'll make a decision when both options are available.”