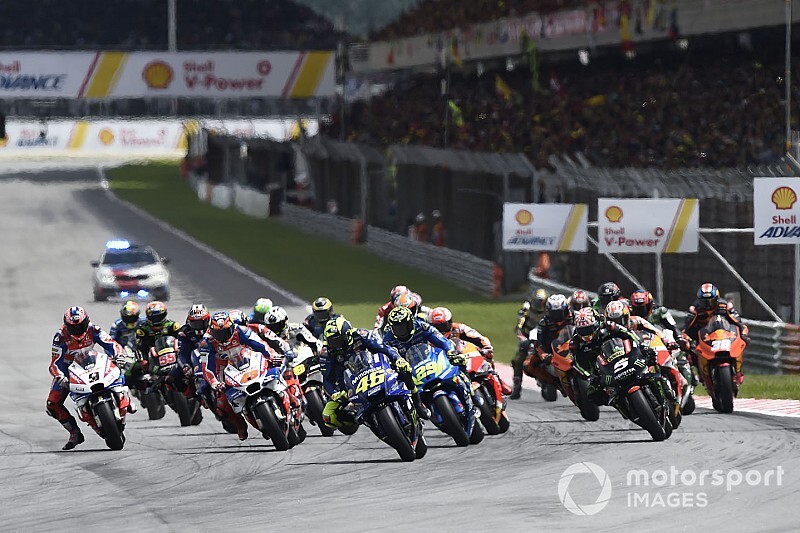 The London-based company replaces pay-TV channel Movistar as the exclusive rights-holder of MotoGP in Spain, and will also broadcast World Superbike and the FIM CEV series as part of its agreement with Dorna.

All sessions of all classes, including the new MotoE category, will be broadcast via the platform during the 2019 season.

The move comes in the wake of Movistar splitting with the factory Yamaha team, which has already revealed Monster as its new title sponsor for next year.

Dorna Managing Director Manel Arroyo commented: "We are incredibly excited to begin this new chapter in the story of MotoGP.

"We extend our thanks to Movistar, with whom we first experienced pay TV platforms in Spain, and after a successful partnership, MotoGP and Dorna will now begin another new era with DAZN.

"The combination of world-leading streaming, on-demand content and free-to-air coverage will reconceptualise how our Spanish audience can access with and enjoy MotoGP; getting each fan closer to the sport and allowing us to grow and enlarge our audience in Spain like never before.

"We are sure that DAZN, with their incredible vision and experience, will be the perfect partner for MotoGP.”

Dorna's agreement with DAZN is the latest in a series of fresh TV deals in some of its key markets.

ServusTV recently signed a deal to take over from Eurosport as the exclusive broadcaster of MotoGP in Germany next year, with Canal+ also replacing Eurosport as the rights-holder in France.

BT Sport will remain the home of MotoGP in the UK until at least 2021, while Sky Sports recently extended its agreement in Italy for the same number of years.